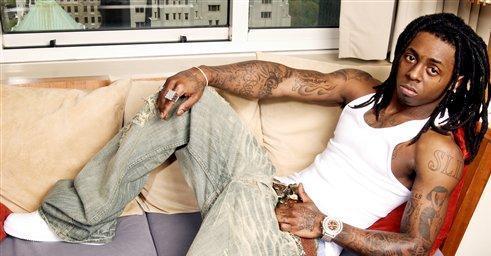 Lil’ Wayne has been doing a hell of a lot of drugs over the last few years, and it has yielded a strange, dance-able, and unique album. Over the years he has been arrested for weed, X, and coke–but one can assume there was a cocktail of hallucinogens flowing through his blood during the making of this record. I don’t have a lot of history with the rapper, so I won’t be able to offer a lot on insight into where he came from to get here, but I am glad this is where I finally got on the bandwagon.

For me, the stand outs here are “Mrs. Officer” and “Let the Beat Build,” both of which are a glimpse at the mainstream hip-hop world from an absurdist’s point of view. This album is chock full of violence, boasting, poor grammar, and a skewed perception of women set to an unbelievable beat that makes you just forget it all and dance. “Let the Beat Build” is my favorite all around, with a large chunk of the track involving Wayne providing you with a line by line example of what the beat should and does sound like. This one was produced by Kanye West, and you can tell in the playful tone and the vocalization that makes up a nice section of the music.

A lot of this record sounds up like straight up free styling. I have a feeling Weazy (as some people call him) dosed himself and just recorded his ramblings. I am glad for it too, because the stream of consciousness is very refreshing. It reminds me in some way of Kool Keith’s record Octagonecologyst or Busdriver’s song “Only Black Astronaut”. I won’t say the record is anywhere near the two of them, but I can’t help but wonder if the self-proclaimed “Greatest Rapper in the World” has been checking out some of the rappers I would easily put above him on any scale.

Just a snare and the 808
Weezy baby on the mic, D.O.A
Okay I’d like to thank Kanye and my nigga deezzle for giving me this diesel like a F-350 tank never empty
Damn everybody in the bank act friendly
Used ta think my shit didnt stink boy was I wrong
Approvin million dollar deals from my iPhone
I’m take it one two way back
Like a silk wife beater and a wave cap, or the wave pool in Blue Bayou and I wave fool as I blew by you
Hello, hi you, I can buy you but I wouldn’t try you feed you to pyru
I know what I’m doin I show improvement, show improvement, and I know just to it can never amount to going through it, whatever
how you wanna do it? we can do it like we late ah wait Deezzle let me get the 808
As I hit the kill switch
Now that’s how you let the beat build bitch