Lindsay Lohan: The Power of Coke Compels You 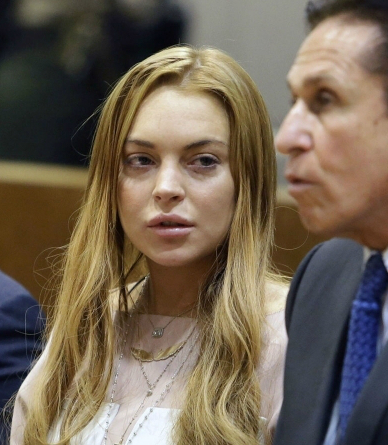 I know that public opinion is sort of swinging around to stop making fun of Lindsay Lohan and start feeling bad for her. And maybe we at the gallery should, too, because maybe there is another possibility for her behavior over the last few years. Maybe it REALLY isn’t her fault.

Let’s say she played with a Ouija board with Tina Fey on the set of “Mean Girls”.  Why not?  And maybe…JUST MAYBE…something happened to Lindsay.  Something that is going to get worse before it gets better.  Don’t believe it’s possible?  I didn’t think so either, until this photo turned up from her latest court appearance and IT ALL CLICKED INTO PLACE, kids.  There is something sinister in Lindsay land – I hope the next rehab she checks into is the kind where you get tied to the bed and doused with holy water before she gets to the sixth and final stage of her transformation.

Still skeptical?  Look at the proof I’ve laid out below from The Exorcist (click to enlarge) and just try to argue with me.  My case is ROCK SOLID. 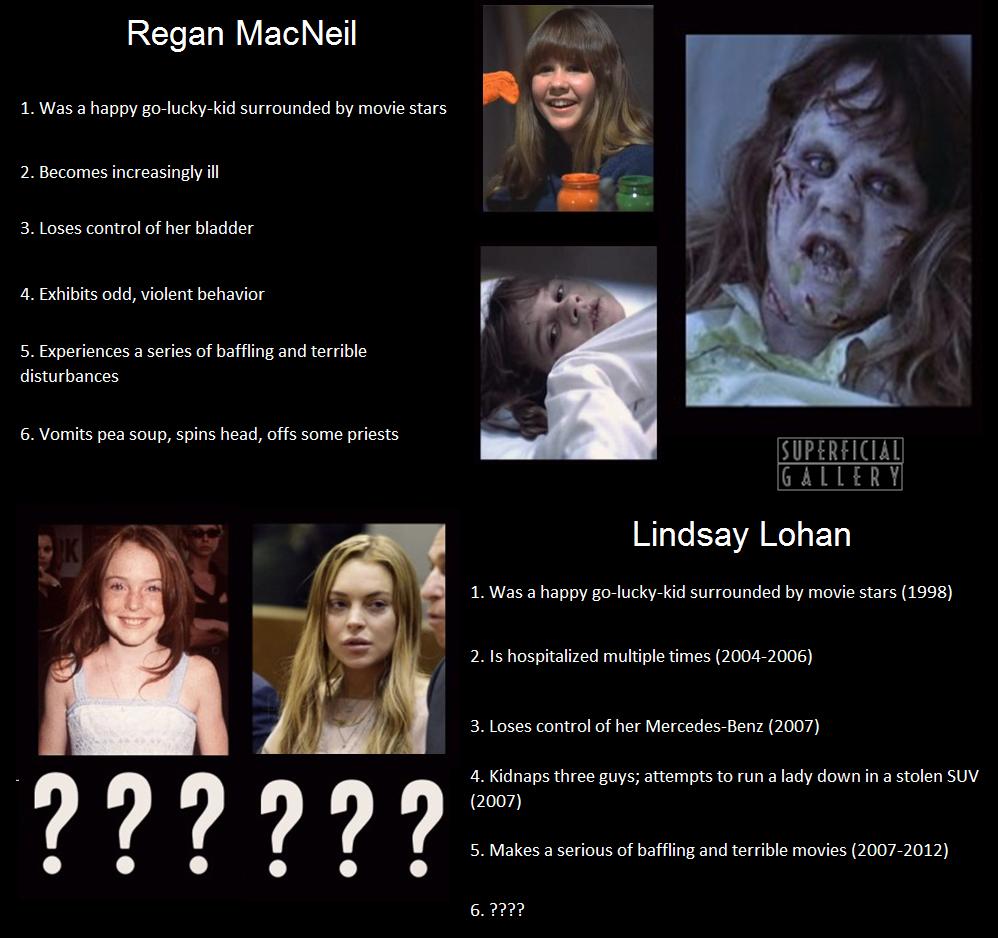