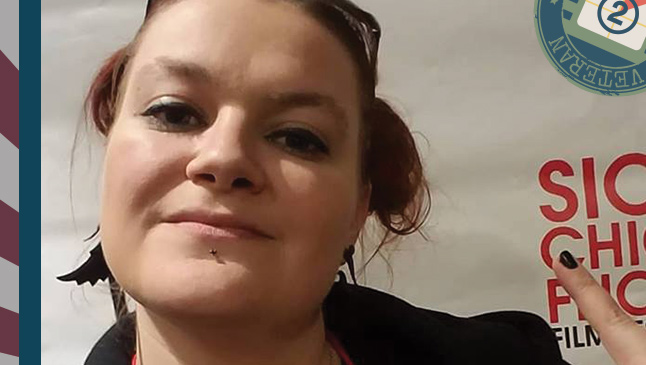 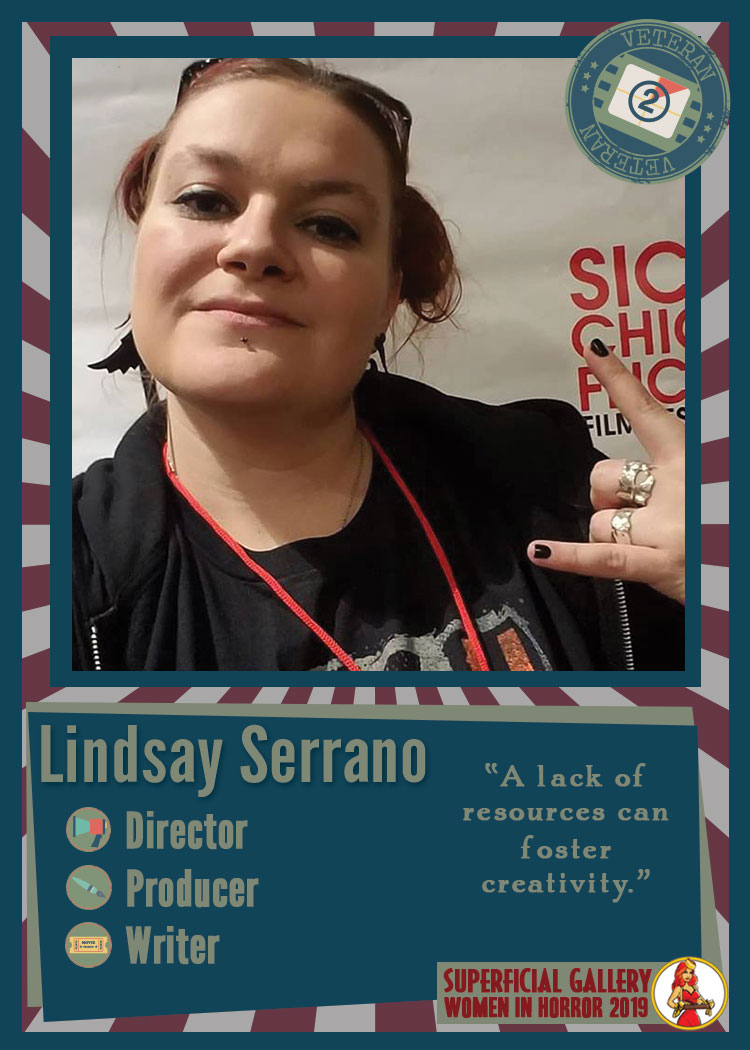 I also co-own Mass Grave Pictures with my husband Manny Serrano and we also co-host the “Filmmaking Sucks” podcast where we share the mistakes we’ve made and how you can avoid them. You can find info on both at: http://www.massgravepictures.com/.

Our Conversation with Lindsay Serrano

Lindsay Serrano is a Director, Producer, and Writer, and is a veteran this year!

WHICH OF YOUR ACHIEVEMENTS TO DATE ARE YOU MOST PROUD OF?

Directing and writing Beneath, my first solo film ever. I’ve been a producer and first AD on three feature films, two web series, and over twenty short films. I also co-directed a web series and have been a guest director, but finally stepping out and creating something that’s 100% mine was scary and exhilarating. It played a bunch of festivals and won awards, but what really made me proud was how many people approached me after the screenings thanking me for making the movie; for telling my story, and starting a conversation about the emotional aftermath caused by revenge porn. It meant the world to me that people connected so strongly to something I created.

Ginger Snaps, it changed my entire world! I didn’t watch a lot of horror growing up, mostly the typical slasher films like Friday the 13th and Scream, where scantily-clad girls run up the stairs instead of out the front door. But Ginger Snaps – the girl was the monster, she was the one hunting the boys! Not only that but it talked about “women’s issues” ingeniously comparing puberty to transforming into a werewolf, while showcasing the complicated relationship between two sisters. It’s a story of two women working together to solve their problems on their own.

Rachel Talalay. Not only is she the only female director to helm a major horror franchise (Freddy’s Dead), she is also a producer-turned-director with an incredible catalog of work that makes my geek girl heart soar: Tank Girl, Bomb Girls, the Super Girl TV series, and even Doctor Who! She is also very adaptable, like a chameleon she changes genres and mediums as she needs and wants to. Her resume goes from Nightmare on Elm Street to Hairspray and Cry Baby to Riverdale and the Chilling Tales of Sabrina!

It sounds simple but: just do it. Make that film, write that story or script or book, make your art… whatever it is. And do it often. That’s the only way you’re going to get better at it. And once you’ve done it, it’s easier to do it again because now you can say “I’ve done it before, and I can do it again.” Start small and work with what you have. A lack of resources can foster creativity and builds your problem-solving skills, which will be extremely useful in the long run.

It’s hard, I don’t think you are ever happy with where you are, as an artist you always want more. I still have a day job and it’s hard not to get bogged down by the 9-5. But as a filmmaker you get to create worlds and creatures and stories that wouldn’t exist if it weren’t for you, think about it, something now exists purely because you wished it into existence, that’s powerful. And yes, we would all like more success, more money, and more resources, but that comes with time. Time when you learn to wield your power and time to dream up bigger and better worlds.

I’ve been looking into a lot of mythology lately, researching female monsters like the Aswang, a vampire-like creature that turns into a winged creature over night. They are known to eat children and replace them with a copy. If cornered they can detach the winged upper body from their lower torso to escape. I’d love to create a creature like this one day.

I’m in post-production on a horror comedy called “MissUnderstood Monster” that follows a thirtysomething woman during that special time of the month, as she struggles to endure a visit from her monthly monster. It stars Heather Drew and Heather Buckley, producer of The Ranger, as the punk rock Menstruation Monster.