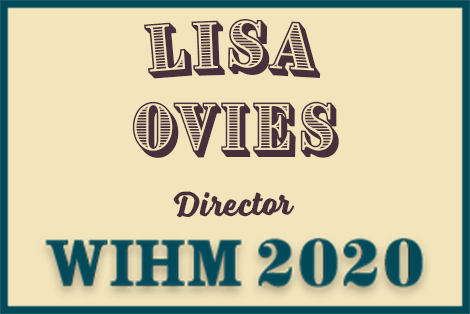 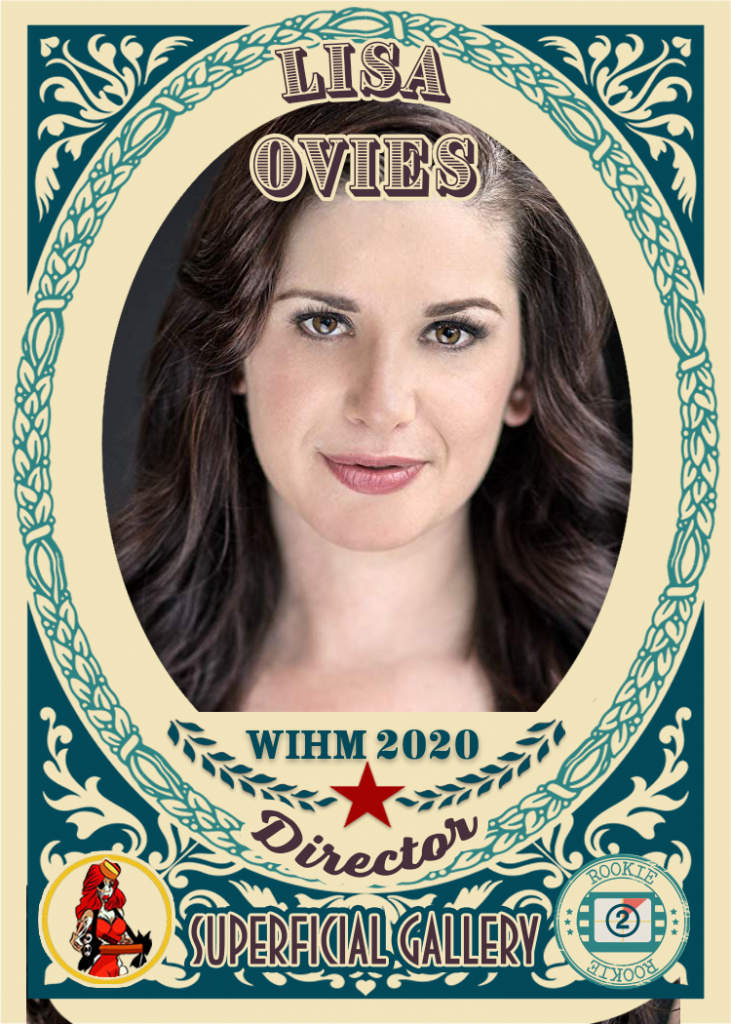 Lisa Ovies is a rookie to the Gallery WIHM event. She is a Director.

Originally, I was inspired by Tarantino, Rodriguez, Kevin Smith….Filmmakers that never took no for an answer and leaned in and made film with every fiber of their body.
Today, I am inspired by every young woman that I meet at conventions or that I meet with a passion. ANY passion. We have been held back for too long and I am so inspired by Women in Horror Month and so many women holding each other up

Gigi Saul Guerrero. She is not only insanely talented, hard working Mexican director and an amazing human, But she goes out of her way to hold other women up and support us within the industry. She is such a talented actor also and I was honored to have her in Puppet Killer. She is also fiercely loyal and I love seeing her bring her Luchagore team with her as she rises. KEEP AN EYE ON HER.

That they reach out when they feel alone, that they know we are a family and that they can do this. We are a force to be reckoned with and a community that will continue to rise.. together. YOU HAVE THIS, but you also don’t need to do this alone.

Start asking advice from everyone but actually take the time to listen and learn. Volunteer on sets, be humble but also don’t ever doubt your power. The world needs us, our stories, our talent, our voice. Don’t wait for someone to give you the opportunity, look to other women doing what you want to do and connect. Hold hands with your team and kick down the door. Strike before they know we are coming 🙂

Last year was one of the hardest years of my life. My first feature as a director took three years, we ran out of money, some of my team doubted me…F*k, I doubted me… but we kept fighting, I held to my vision, I found the right team to keep me moving (and some of my old team never stopped holding me up and standing by my side) Puppet Killer released on the festival circuit and within three months played 5 continents and won or was nominated for 47 awards. I almost gave up so many times…..If I had I would not be here, so you don’t get to give up either. It is never easy, but F me it is worth it. You got this!

flying! HA HA! I am so embarrassed because I fly about 30 times a year. I am also a stand up comic and half my last set was about how scared I was of flying. In film and my career, I have never accepted failure so the only thing that used to scare me was the oppressors and abusers, now I just feel strong and ready to keep putting them in their place

My feature debut ‘Puppet Killer’ is on the festival circuit right now and should be released in October 2020 but we have a few details to work so don’t quote me on that. Otherwise, I have an amazing film called ‘The Maul’ that my writing partner Kevin Mosley wrote and then the creature feature ‘Beverley Hills Lizard People’ that I am DYING to make