Live Nasa Feed of the Phoenix Landing on Mars 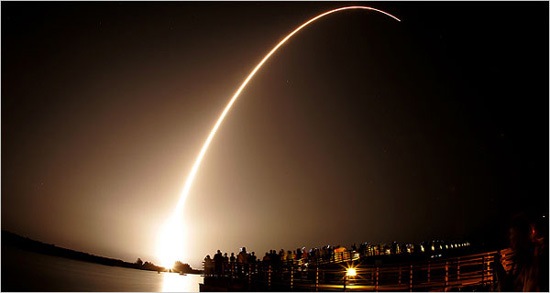 I thought this was nice.  Thanks to Orange Inks for bringing it to my attention.  Apparently – outer space will be on TV tonight, as Nasa is saying: Program Note: NASA TV Live coverage of the Phoenix landing on Mars begins at 6 p.m. EDT on Sunday, May 25

So what the hell?  Go watch it.  If the thing lands on top of an alien or gets eaten by some sort of space monster, you can say you saw history.  Or you can watch me on my cam, as a pickle from my sandwich lands on my chest.  Not as historic, but 10 times as sexy.

Update!!!  So I watched it, and they made it SOUND like there was gonna be video FROM the space ship.  But it wasn’t.  It was just video of the guys at home base counting and clapping.  So yay that it landed safely, but boo for boring video.  To make up for it (this is for you, small person), here is a video from the last Mars Mission.  Sheesh – you would think we would leave the poor planet ALONE!