Livescream – A Truly Original Film Brought Together By Serious Work 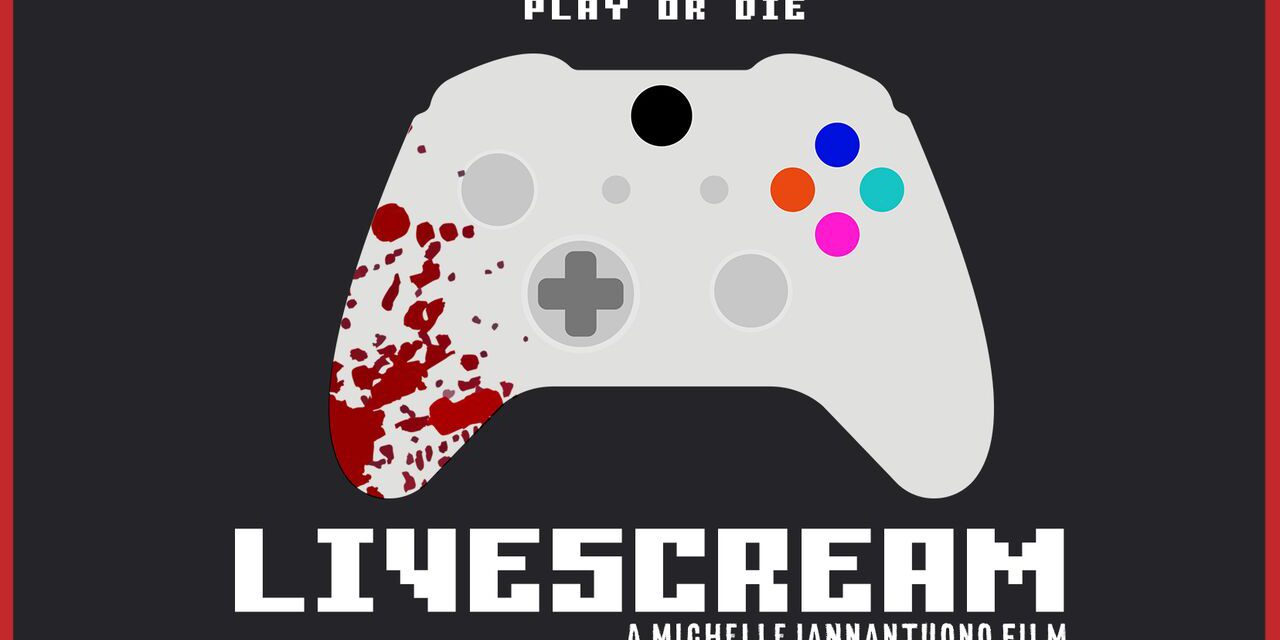 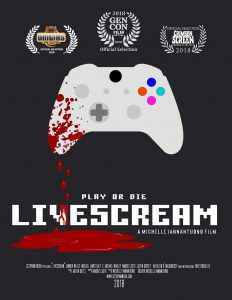 First things first, I feel like I need to provide full disclosure before I get into this review. I’m not a big fan of found footage movies. I’ve just never been able to get into them. Maybe it’s because I wear glasses and they have a tendency to give me a headache. Maybe it’s because I have stomach issues that cause me to throw up more than a grass-fed housecat and the shakiness makes me a bit on the nauseous side. Whatever the cause, I’ve never been a big fan of them and I want to make sure I am completely upfront about that. There are the rare gems, “Frankenstein’s Army” or “Man Bites Dog” for example, but those are very few and far between. So, please understand, this is a review for a film that is within a genre I don’t have much love for.

Now, all of that being said, I can’t help but provide a good review for this film. Sure, I’m not a fan of Livescream’s format but that doesn’t mean I don’t recognize a good example of the genre when I see one. Furthermore, this film does something so completely new and different with the format that I could appreciate it for that alone. And let’s be very, very clear, Michelle Iannantuono has written and directed an exemplary example of the found footage genre. Not only that but she has done it in a singularly unique way and put an insane amount of work into it. I’ll delve deeper into how much work that was a little bit later but, trust me, it was a lot. The story is one that I can’t remember ever seeing in the many films that I’ve watched. “Scott Atkinson”, played incredibly believably by Gunner Willis, is a video game streamer. His life has been a series of false starts and he has finally seen himself finding interest in playing games online for other people to watch. He’s even found himself at the point where his live stream has garnered him a few hundred fans. It’s at this point that he finds the murderous and malevolent game Livescream sent to him by an anonymous fan.  It’s here that what should be your average Twitch viewing becomes something far more intense. The game shows its supernatural powers as it reaches out into the real world and starts actively killing people. This all leads to the final showdown, after some onscreen and offscreen deaths occur, that puts a horrifying twist on Scott finally “winning the game”. All of this takes place on a single computer screen, “Scott” in the top corner with the scrolling messages of his fans beneath, and the actual game taking up the majority of the screen.

And now we find ourselves, as always, at the technical end of things. All in all, this is an excellent film from a technical standpoint. As I said before, I’m not a big fan of found footage films. Within that particular genre, this film sets itself apart as an almost entirely different animal. For one thing, and I will likely never type this again, there is no real camerawork to speak of and that’s not a bad thing. I’m lucky enough to have a 14-year-old son available to get me up to speed on the basics of Twitch or watching really any livestream. That is exactly what you’re watching. This isn’t some ridiculous alternate universe where a half-dozen Teen Vogue models all make plans together on Skype and they all manage to get themselves killed onscreen. Livescream is literally watching a man live stream his playing of Livescream from start to finish. So, honestly, there isn’t much in the way of camerawork but it executes itself in exactly the way it means to. In terms of sound work, again, there really isn’t much. The dialogue audio sounds perfect, as it should, but there really isn’t much outside of that. The only other sound is dedicated to the video game soundtracks and sound effects. This is where this film gets particularly interesting. This is another micro-budget feature film that has come my way and I was floored by what was accomplished with such a small budget. Michelle Iannantuono made this film for $1500. I’ll let Michelle explain how she made this possible.

It was self-funded on a budget of $1500, and each of the nine games featured was custom built by myself in Unreal Engine or RPG Maker. Gunner also had to learn his character’s 75 pages of dialogue in just three weeks, and the final cut consists of only 3 takes.

She made nine games herself. Nine games. Let’s forget about the amount of work it takes to write a dialogue-heavy script of 75 pages, the coordination and effort to put a feature film together, the filming, the editing, and et cetera. Michelle created nine games, albeit short sections of them, all to make her film a reality. That is mind-boggling. That is a level of dedication that we don’t see nearly enough of in filmmaker’s, today.

So, my final thoughts on this film are clearly not what I’d thought they would be when I sat down to watch it. It exists within a genre I don’t like because of its shaky cameras. This film doesn’t have shaky cameras. Most found footage films have boring premises that are recycled and overdone. This film has a singularly unique premise. Found footage films rely on scares you can see coming a mile away or, with some strangely popular series, an entire lack of scares or tension. Livescream relies entirely on tension and emotion to generate fear and dread. Michelle Iannantuono is not a game designer. She is, on the other hand, an incredibly gifted filmmaker that didn’t let her not being a game designer stop her from practicing her art and making the film that she wanted. So, there you have it, a film I was prepared not to but truly enjoyed. Livescream has served to remind me, both as a filmmaker and a writer, that even though I might not have liked something similar in the past I may be completely floored by what’s in front of me now.