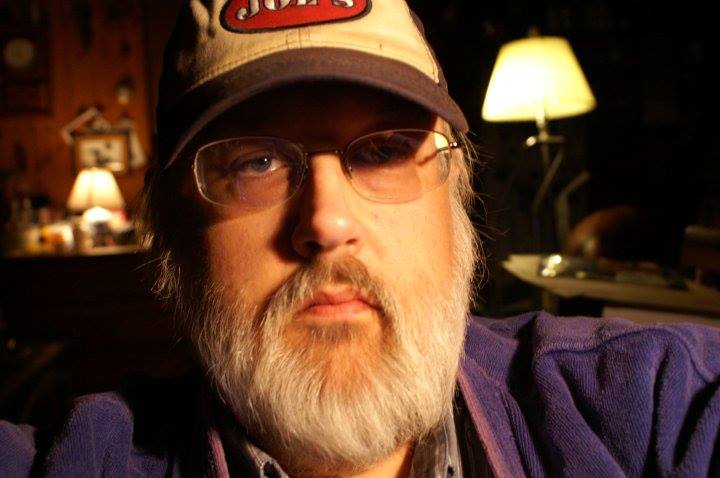 I got a message from a friend on Facebook this morning letting me know that our friend Sangfroid (aka Joe), had died at his home in Maine. I was surprised as well as not surprised, which is how things always were with Sang. He was kind, brilliant, complicated, gentle, and maddening. The fact that I can barely see to write this because I can’t stop goddamn crying proves one doesn’t need to meet someone in real life to be true friends. And good people affect anyone and everyone lucky enough to cross their path. 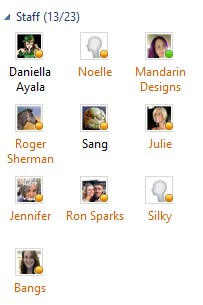 I don’t want him to ever not be in the staff group in my chat. Even though 50% of those people don’t work here anymore. I just leave them there because it makes me feel better. Shut up.

I don’t want him to ever not be in the staff group in my chat. Even though 50% of those people don’t work here anymore. I just leave them there because it makes me feel better. Shut up.

If you want to see everything he wrote, at least for this site, go here. And we will be reposting some of his best stuff in the weeks to come. But this is an obituary; I am supposed to list off the stuff he liked and who survived him, and that kind of stuff, right? Well, see that’s the thing. That complicated part. As much as he and I talked, he asked more questions than he answered. The friend I spoke to on the phone this morning, the wonderful dear woman who was friends with Sang and lives in Texas, talked to me about stuff he had going on that I never knew. Or I knew but didn’t know.

One of the things we used to argue about (and we argued a lot, heh) was that he would not guide people into his posts. If he knew a lot about a topic he would just start in. No primer. No intro chapter. Not even a “previously on…” and it drove me nuts. But if you spin through his posts, you will see that he didn’t mind me being driven nuts. In fact, he relished it. So, like his posts, the info he shared about his life assumed a lot of knowledge. At least it did with me. And I never asked him a bunch of things because, well because I guess I needed to learn in a terrible way that sometimes if you care about someone you should ask goddamn questions when they say things like: “I will do it when I feel good enough.” And when you do ask don’t take “eh, it’s boring and complicated” as an acceptable answer. 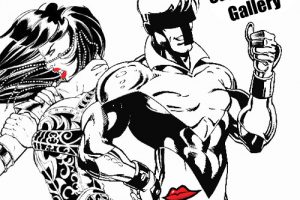 He drew this. No joke. He was crazy talented.  And he loved Vange even though he hated when she edited him.

He helped a lot of people who wanted to be writers become better writers. He cared about people and offered help he could not afford to give, and gave it anyway. He cared about this site, despite our surprisingly low number of Pulitzer Prizes. And while this is a stupid place to have an obituary for a person, I feel the way he treated writing here was how he treated everything in his creative life.

His name was Sangfroid. And, like most things, it meant way more than I knew and he would tweak me with it. I always pronounced it SANG, FROYD. Now, it is apparently a reference to something and he made fun of me once for not knowing the reference or that it was supposed to be pronounced SANG FWAH. On the old podcast, I said, “That can’t be right because Ben Kenobi didn’t tell the stormtroopers: ‘These aren’t the DHAW’S you’re looking for.’” He told me I was a dolt, but I made him laugh. Then he said later, “You know I know you aren’t a dolt, right?” And he said he did. But I am not going to look up what Sangfroid references and I am going to keep saying it wrong, because maybe it will piss him off enough that he will haunt me.

His being here was like if someone got hired for the New Yorker, but went in the wrong door and ended up at the NY Post and never left. He was brilliant and impenetrable and all the things you can think a 52 year old man would be (his birthday was on Christmas. That I knew, but I never knew how old he was until today). I know in my heart he was smart enough to know I loved him, even though I didn’t realize how much I loved him until it was too late. Insert cliche.

He played Fallout 4, but used all sorts of mods and said stuff I didn’t understand. He played WoW and told me stuff I didn’t understand. We commiserated on politics. He would write posts he wouldn’t even want to read because sometimes it was good for the site. He cared. A lot. And I looked for his Westworld review when I got up this morning. And now I will look for him all the time. And if I had to sum up the kind of person he was inside, it would be this way: The only thing he specifically told his friends that needed to happen to any living thing when he died was that his dog, Charlotte, needed to be taken care of. How can you not love a man who cares more about animals than people? A friend of his posted this and it is perfect. It’s Fallout 4, and it’s Sangfroid (Joe) and Charlotte.

Good bye, Sang.  I hope that when you got to where you’re going, the person you called out for was there and called right back.