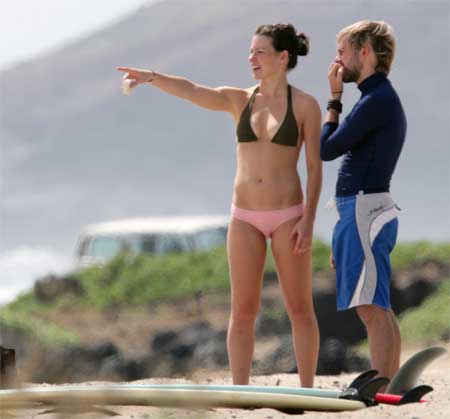 Yes Dominic. I am leaving you. For that guy over there holding the sandwich. His name is Acadia and he is a dreamboat.

I can see from my last two LOST posts that none of you give a shit.  But I am not gonna stop posting them because at some point I will be able to look back on them and see how smart I was.  And I STRONGLY recommend going over to Hulu or Netflix and watch the old episodes.  You might think it doesn’t matter but I think it does.  Like, way back in the first season, Locke says to Boone when they are fucking around at the hatch that it is gonna start to rain in a few seconds.  AND IT DOES.

Now, given what we knew at the time, it seemed like maybe Locke was magic.  But noooooow, maybe it means that maybe Locke was all time travelly?  huh?  Maybe?  And that’s just ONE thing about ONE show that I found.  I am sure there is like a frigging gold mine in there.  And I pledge to find them all.  Or some of them.  Or the one I just mentioned at least.  Mission accomplished!

But the big news right now is that the poster for season six is out.  Please note that I have done exhaustive research on this poster and have noticed a few things.  You will see my expert chart below.  And why isn’t Walt in the picture?  And why is Locke turned the other way?  It can’t be cause he is dead because, as you will see from my chart, there are a shit ton of dead people in there.  See for yourself.  And what about Penny?  Poor Penny.

Anyway – look at the pics below.  And tell me why, if it is Season Six (the last season), there is a big fucking 7 in the upper right hand side of the goddamn poster?

this is the poster itself. well, a photo of it anyway.

This is my awesome chart!

And hey that reminds me.  Can you imagine the frigging meetings they must have had with ABC when the show producers said they wanted to end it?  I mean, they have had this cash cow and now it is just going to be over.

Unless they cut out a big chunk of time in the middle and decide to make a spin off.  Like…The Lost people in 1989.