Lost – I am getting a bit obsessed and need help. 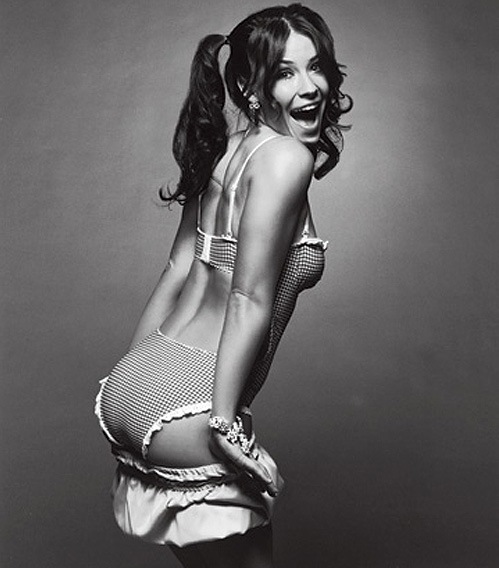 Sweet mother of ass. I'd Dharma HER initiative!

I realize that LOST is not on again until February and that I already talked about the shit recently, but now I am sitting here watching the first season and am fresh off watching last season’s finale that I never deleted from my Tivo.  And I have to day that Lindeloff and Cuse really have a chance to make television history.  As long as they don’t fuck it up.  And they seriously have the chance to fuck it up.  But they also have the chance to give everyone who has been faithful to the show a giant mutual orgasm of ‘they covered everything’.

Also – in a related note, someone I know lives in the same community in Florida as Lindeloff’s mom.  She doesn’t know anything.  But she did say once that they were all freaking out at how much Walt grew in the off season.

Anyway, I am going to keep writing about LOST from now until the grand finale because I very much WANT them to get it right.  Even watching the premiere (which you can see on Hulu for free) I can see that they have answered a shit ton of things without ever getting to the main QUESTIONS, let alone the answers.  After the jump, take a look at Evangeline Lilly’s audition tape for the show (pay special attention to the fact that Jack was originally supposed to…die?) and then try to jump in and help me with figuring this shit out.  If you watch the show regularly, PLEASE let me know.  I really don’t want to join one of the sites dedicated to LOST cause I don’t want to analyze the tides or any of that other shit.  I just want to talk about…

The video is at the bottom of the post.  Before we get to that – I need to get some like minded people into this with me.  Here are some things that are bugging at me.