I love Nicki Minaj and Ellen and now I have them both. 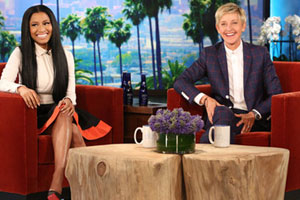 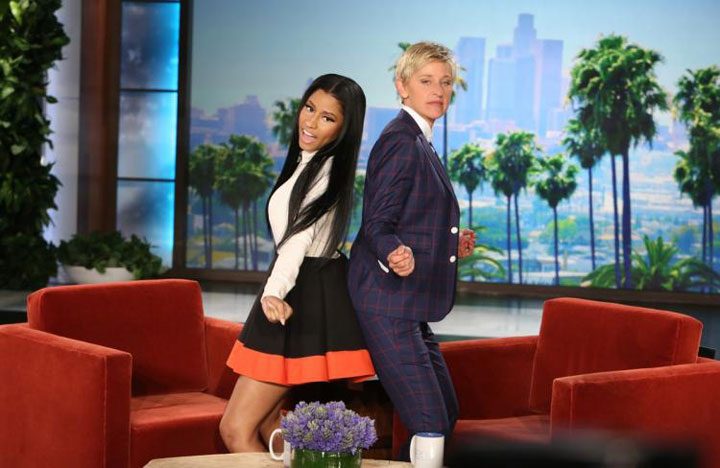 Nicki Minaj loves Ellen and vice versa and when she was on promoting her single Come on a Cone, Ellen didn’t want her to say the name nor did she want Nicki to explain it.  But she was pretty psyched to be named in two of Minaj’s songs at this point and declared herself to be part of the rap game, Asking Nicki,

Should I have a beef with someone?

Nicki suggested someone, but I think the best choice would be Dr. Phil.  In fact, I think lots of people should have beef with that guy.  Can we get DMX to beat him up?  How is DMX?  Is he doing well enough to not have to accept $75.00 to beat up Dr. Phil?  I hope so…

Watch the clip below!