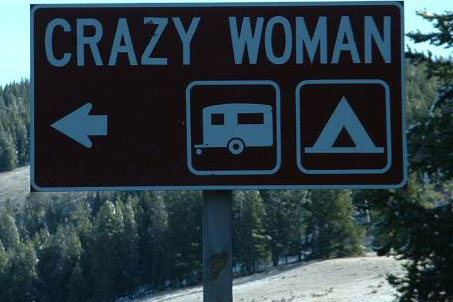 Ralph and Edna fell in love while they were both patients in a mental hospital. One day while they were walking past the hospital swimming pool, Ralph suddenly jumped into the deep end. He sank to the bottom of the pool and stayed there.

Edna promptly jumped in to save him. She swam to the bottom and pulled him out.  When the Head Nurse Director became aware of Edna’s heroic act she immediately ordered her to be discharged from the hospital, as she now considered her to be mentally stable. When she went to tell Edna the news, she said, “Edna, I have good news and bad news. The good news is you’re being discharged, since you were able to rationally respond to a crisis by jumping in and saving the life of the person you love. I have concluded that your act displays sound mindedness.    The bad news is Ralph hung himself in the bathroom with his bathrobe belt right after you saved him. I am so sorry, but he’s dead.”

Edna replied, “He didn’t hang himself; I put him there to dry. How soon can I go home?”