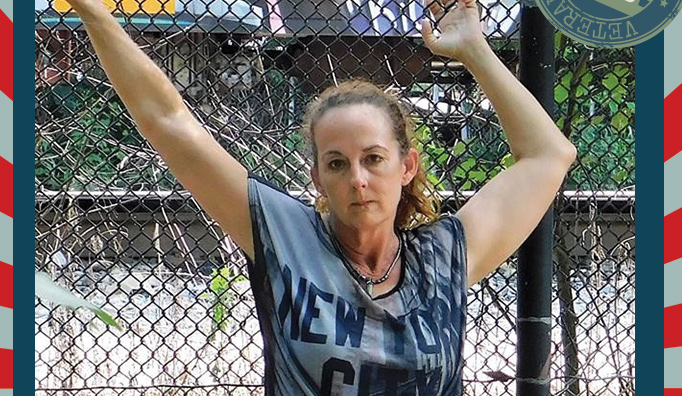 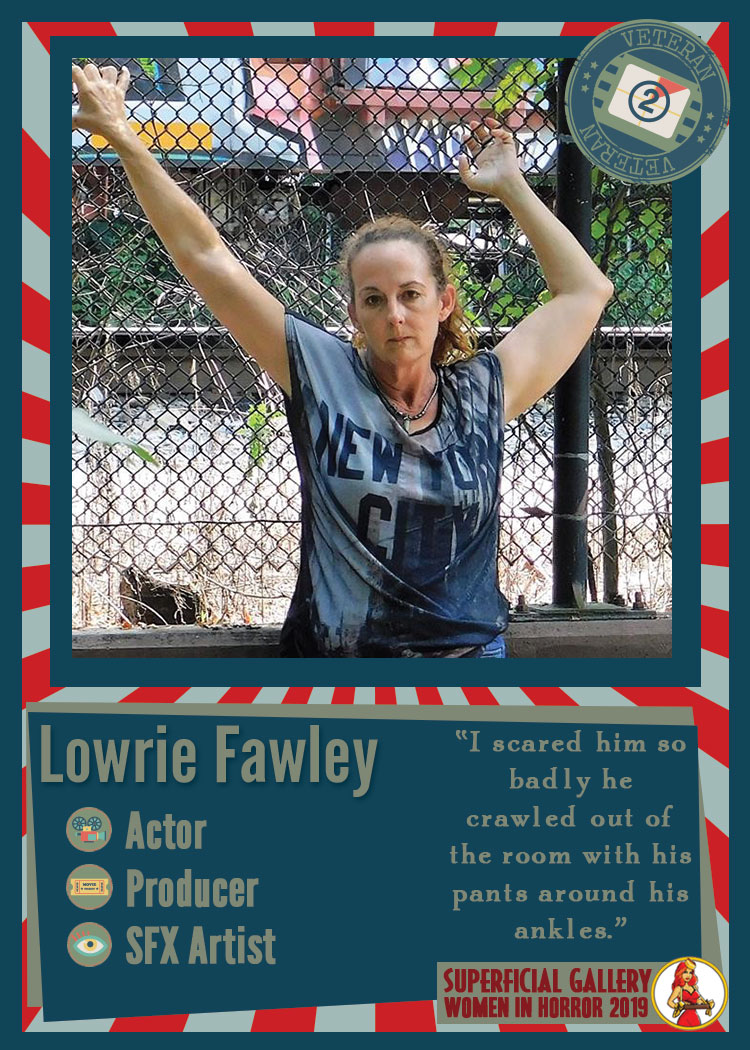 Check us out online at www.roguechimerafilms.com for behind the scenes content and festival screenings, or shoot me a message – I’d love to work with you on a future project.

Our Conversation with Lowrie Fawley

Lowrie Fawley is an Actor, Producer, and SFX Artist, and is a veteran this year!

I am proud of a number of the films I have worked on, but I think my proudest achievement is founding Rogue Chimera Films with Shiva Rodriguez. We live up to the motto “I make horror films like a girl” which is to say we make horror films that are character driven. As an actor and as a producer, every project I have worked on with Rogue Chimera has left me feeling like we have done something of value. From “The Family Way – Coming Home” to “Father of Lies” to our latest short that is currently in post, we have managed to work together seamlessly even when things were not going to plan. There is something to be said about overcoming challenges thrown at you by the film gods…I am not 100% sure WHAT there is to be said about this, but I am sure there is SOMETHING!

This is a trick question, I think. There are SO many good horror films out there, from the indies that you only get to see in festivals to the big budget films that are in theatres. I can answer this in terms of the film that most inspired me, and that would be Rob Zombie’s “House of 1000 Corpses” – I was interested in horror before I saw this, but when I watched this film, the thing that stuck with me was not just the depth of depravity but the fact that this actually COULD happen. The story was character driven, and the characters were not glossy. pretty, “movie stars” but gritty and raw and broken. This was the movie that made me say categorically “I want to be in horror films”.

Writers are my heroes – the storytellers who give us the material to turn into a film. Edgar Allan Poe is my biggest hero for the endless ways in which his works can be interpreted. Take “the Tell-Tale Heart” as an example. Poe gives us a narrator who has no name and who is not described in any way. It is tempting to see this character as a while man because Poe was a white man. But if you read that story picturing a woman, or a black man, or a black woman (all of whom could have worked as caretakers for an elderly man in Poe’s generation) then the entire story changes because the possible reasons for the narrator’s actions change. In giving us nothing fixed but the workings of the narrator’s mind and giving us a story that only tells us what the narrator wants us to know, Poe has given us something that is limitless in spite of its limitations.

Women are still the minority in horror, but we are a growing minority. We are a very supportive group, so find a mentor you can look up to. Make friends and connections with other women in the industry and never give up on your dreams.

This past year, I produced my first horror 48. We had the finished film in the can with 4 hours to spare…and that is where it stayed for TWO WEEKS. Final Cut would NOT let us export the film. I was devastated. I felt like a failure. I wanted to quit. I felt like I had failed my cast and crew. when I finally stopped feeling sorry for myself, I realized that I actually succeeded technology was what failed. We are going to send that film to fests this year, and it’s going to be great. NEVER give up and never blame yourself for things you can’t control.

I love scaring people, but my favorite scare the crap out of someone story comes from my years working at Blood Manor in New York. I was in the shower scene and my hiding spot was in the shower, but there was a toilet with a head in it as people came in the room. One guy decided to take the head out of the toilet and drop trousers to pretend for his friends that he was shitting in the toilet. He couldn’t see me slip out from the BACK of the shower and creep up beside him. I scared him so badly he crawled out of the room with his pants around his ankles. Captain Spaulding was in the next room and he literally stuck his head through the wall to ask me if that guy really had his pants down – apparently I literally scared the crap out of him!