Madonna – Still Licking Things After All These Years 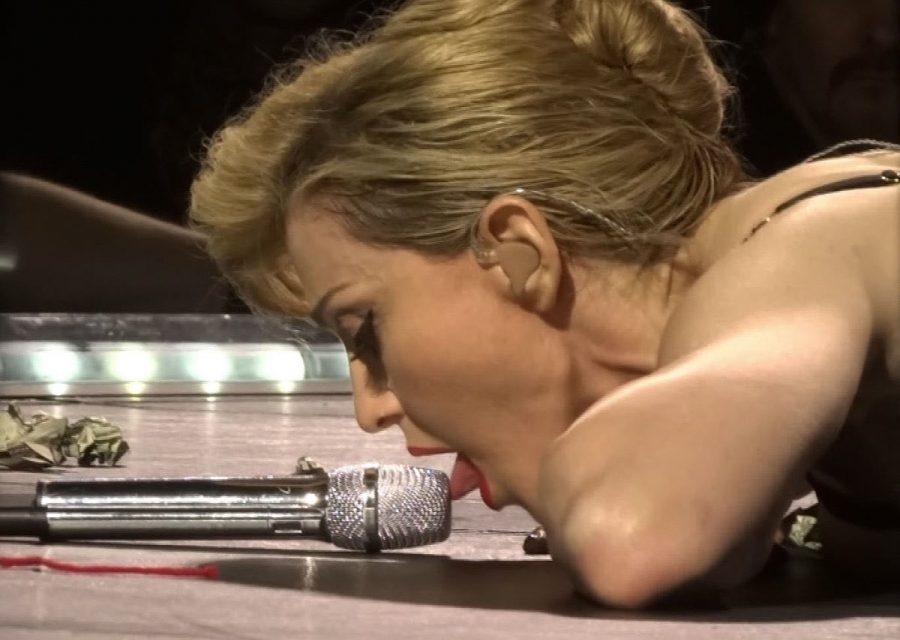 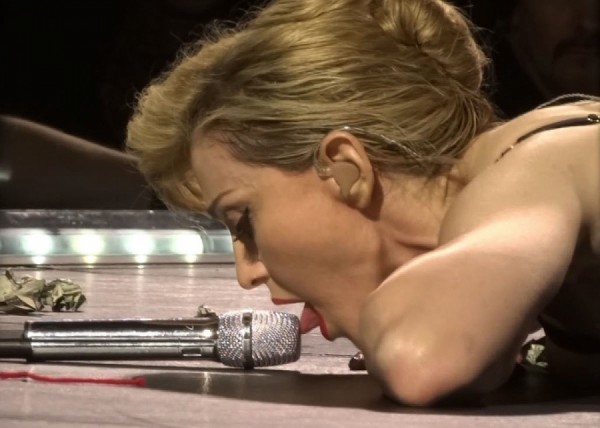 When I first saw this picture I was all excited because I thought maybe Madonna’s spinal cord had snapped while she was singing “La Isla Bonita” but gamely tried to keep the show going.  Then I saw the crumpled up money and thought maybe she was bankrupt and some guy at a Waffle House gave her a fiver to lick a microphone he found on the ground.  But then I found out she wasn’t paralyzed or at Waffle House and did whatever that is she’s doing on purpose.

Then I allowed myself to think for 30 more seconds and realized that thousands of people in New York paid her money to do it.  Sort of makes me want Sandy to come back and punish them.  I can honestly and unapologetically say that I like TONS of Madonna songs.  But that’s as far as it goes.  I like Bob Dylan songs too but I would not pay money to watch him wheeze around the stage and mumble and lick things.

Just stop it, Madonna.  You are freaking me out.  You look like a big pile of ropes with David Letterman’s head on it.