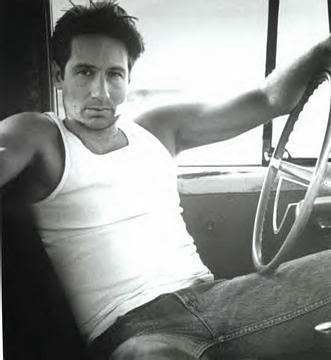 David Duchovny… my BFF and I call him The Duke, though that’s not to be confused with John Wayne because they aren’t the same. David Duchovny is not a cowboy, though I bet he’s played one on TV a time or two. My favorite of all characters he’s ever played, however, is now and will always be Fox Mulder, the alien-obsessed FBI agent with the smoking hot ginger partner, Dana Scully. I also love him in Californication because really, any show with the word fornication in the title and David Duchovny in the starring role has got to be worth watching. Plus, he’s a recovering sex addict… come on, that’s awesome.