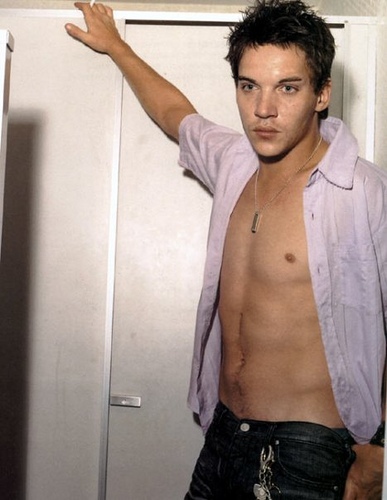 Editor’s note – I thought this was the dude who told Indy to “throw him the whip”.  –Acadia

The last time I had the flu, I laid in bed for three days and did nothing but watch the Tudors. It was either because I love being stuck in a timewarp, traveling back to a time and place I can’t even begin to fathom, or it had everything to do with Jonathan Rhys Meyers. Have you looked into that guy’s eyes lately? Seriously… they’re stunning!

I remember the first time I ever really noticed him, and I mean really noticed him. It was in that movie Velvet Goldmine where he and Ewan MacGregor played like David Bowie and Iggy Pop. I remember thinking as I watched it, “Damn… that guy has incredible eyes.” And the rest of him is pretty nice to look at too, yeah?