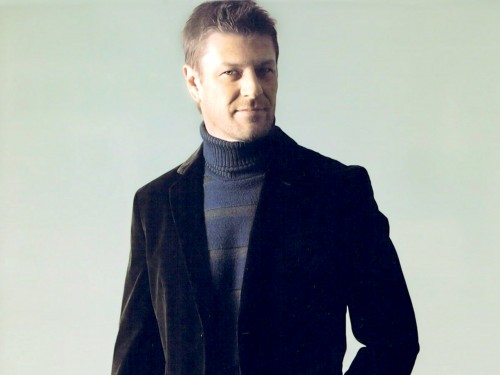 I can’t believe this wasn’t my first Man Candy Monday post. Really, Sean Bean is the only man on earth who could convince me to do anything. And by anything, I MEAN ANYTHING! If Sean Bean told me to jump in a pool of jell-o, I would do it gladly. I would also eat treacle and spotted dick without complaining and go to English football games and express interest and not even call it soccer.

He’s been a hero, a martyr, a villain, a lover, a fighter, a hand to the king and of course he knows all about Gondor, which is filled with fire and ash and dust, dust, dust and he may support Aragorn in his own way, but he totally wishes he could be Steward of Gondor one day. Either way, now he’s dead, so it doesn’t matter, but thank the gods Sean Bean isn’t dead. I hope he lives forever.