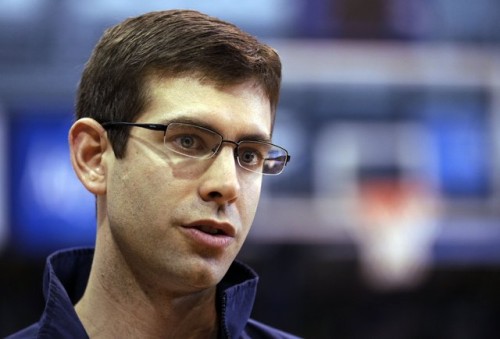 What a crazy ass tournament. KU choked and made me cry, Butler played the most bizarre game I think I’ve ever seen and there were 49567392 other games I didn’t see. Seriously, Butler’s passing game is amazing (as a team of short guys’ is gonna be) but holy crap, they couldn’t hit a gd thing and UConn wasn’t putting up a defense. I’m still irked by the final game but whatever. Butler also has the youngest, cutest coach ever. He’s taken them to Championship two years running so he is definitely a coach to watch.  And not just cuz he’s cute.

I proposed a big fun bracket guess challenge game and only bluzdude played. I had promised a prize to anyone who guessed the ultimate winner properly. Since bluz was the only one who even tried, I’m sending him the prize as if he had been right. Effort over skill, people. I always reward effort over skill.