Maria Sergeyeva – Who Gives a Shit? 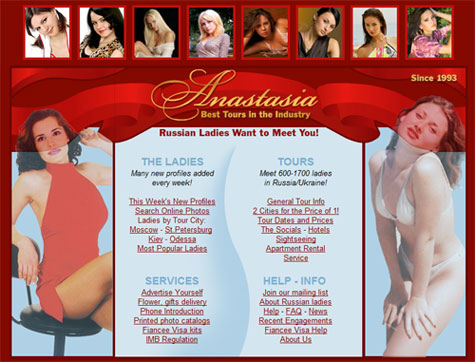 If your country has an industry devoted to exporting your women, and you are NOT getting any money out of it, you should move somewhere else.

Maria Sergeyeva is apparently causing quite a stir in Russia.  I know this because  of headlines like this:

So that’s her on the left there.  She has been compared to our own Ann Coulter, apparently because she is blonde and conservative.  She has a blog that I can’t Google for because my keyboard doesn’t have a backwards K or any other messed up Russian letters.  And a lot of people are saying that she is actually a propaganda puppet of Vladimir Putin himself.

What people?  I don’t know…people who care about Russia.  I am not one of those people.  I know all I need to know about Russia already.  They are cheaters (I saw Rocky IV), they are big and fat and wear funny hats (I watched Nikolai Volkoff wrestle) and they will attack us if they get the chance (I saw Red Dawn).

So what are people getting all wound up about?  Maybe that it is so cool that Russia has the Internet?  That a young person can be conservative?  That picking a moderately hot chick as a propaganda tool is a good idea cause dudes like moderately hot chicks?

Well, to me it seems like they really don’t have a lot to talk about in Russia.  But that’s fine for me.  I am more of a visual person anyway.  So go look at her album:  Maria Sergeyeva