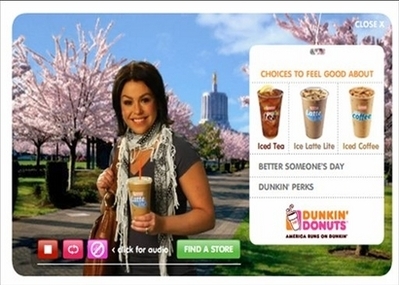 Apparently, a bunch of uptight, looking-for-problems-where-none-actually-exist people, led by commentator Michelle Malkin, whined to Dunkin’ Donuts that the paisley scarf Rachael Ray is wearing in the above advertisement gives the impression the chain is supporting Muslim terrorists.

It’s too warm to wear a turtleneck to disguise the fact Rachael Ray has no neck. Sometimes, a cigar is just a cigar. And, sometimes, people should stop bitching just to bitch. And, sometimes, giant retail chains shouldn’t cave in to ridiculous people lodging ridiculous complaints.

Then again, maybe Dunkin’ Donuts ad execs are slapping their foreheads in shock: “I never expected people to figure out our secret symbolic show of support for Muslim terrorists!”

UPDATE: A picture showing the scarf to better terroristic advantage! And a fancy Elvisian lip curl. 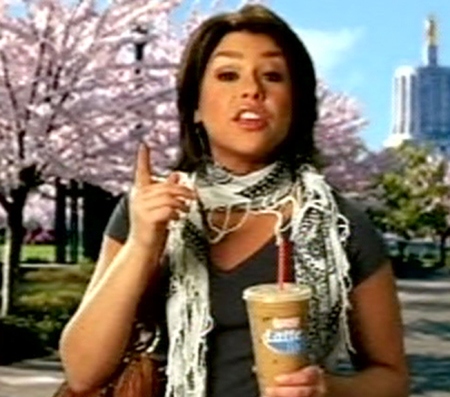