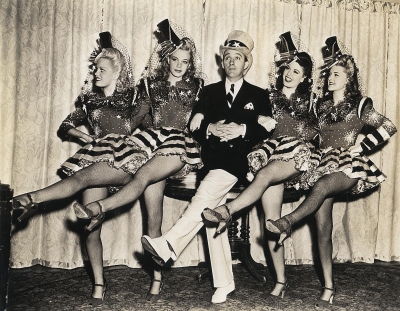 What? The fucking thing is called BING? You know anything else named Bing? Shut up. Ass.

I don’t know if you guys use the internet at all, but Microsoft released its brand new search engine today.  It’s called Bing, because apparently all the other short domains were taken.  If I had unlimited billions, I may have gone with, I don’t know, find.com or search.com or freeporn.com or something popular.  But they went with Bing so whatever.  But I want to point out some things:

What DOES interest me is how stupid the users of the engine are.  You all know how racist the people who use Google are, right?  Just start typing, “Why do black” or “Why do Asian” or something like that and see what comes up.  If you do that with Bing, nothing pops up.  Interesting that they seem to have gone out of their way to omit it.  Not like stereotype reinforcing Google! 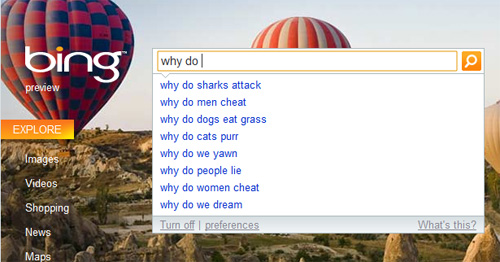 The Internet does not know some of these things. 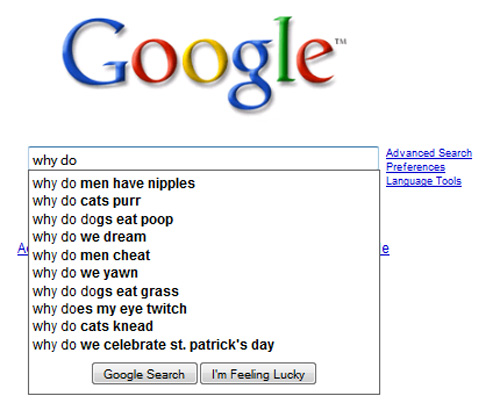 How would the goddamn Internet know about your eye, Twitchy?