Mockery Needs to be Done Right 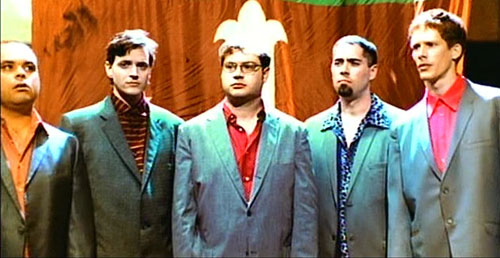 You may have seen this on College Humor or some other site.  It’s a parody of the Barenaked Ladies’ song “One Week”.  The guy who sings it is pretty mad at the song.  And the parody has some good moments.  But ultimately, it is a failure.  Why?  Cause he could not get the cadence right.  The spots where he blows it are painfully obvious.  A couple times he tries to make songs have more syllables than they really have.  And other times he does that thing like in “we are the champions” where he crams too many words in “fameandfortuneandeverythingthatgoeswithit”.

Why does that matter?  Cause he is making fun of the way they wrote the song and the lyrics they chose.  He is implying that they have no skill.  Maybe he is right, but if he cannot match the cadence syllable for syllable, then he is opening himself up to harsh criticism and a kick in the scrote.  Did this video get more views in a day than my whole site does in a week (or a month?) maybe, but the guy still failed.  I’m so bitter.