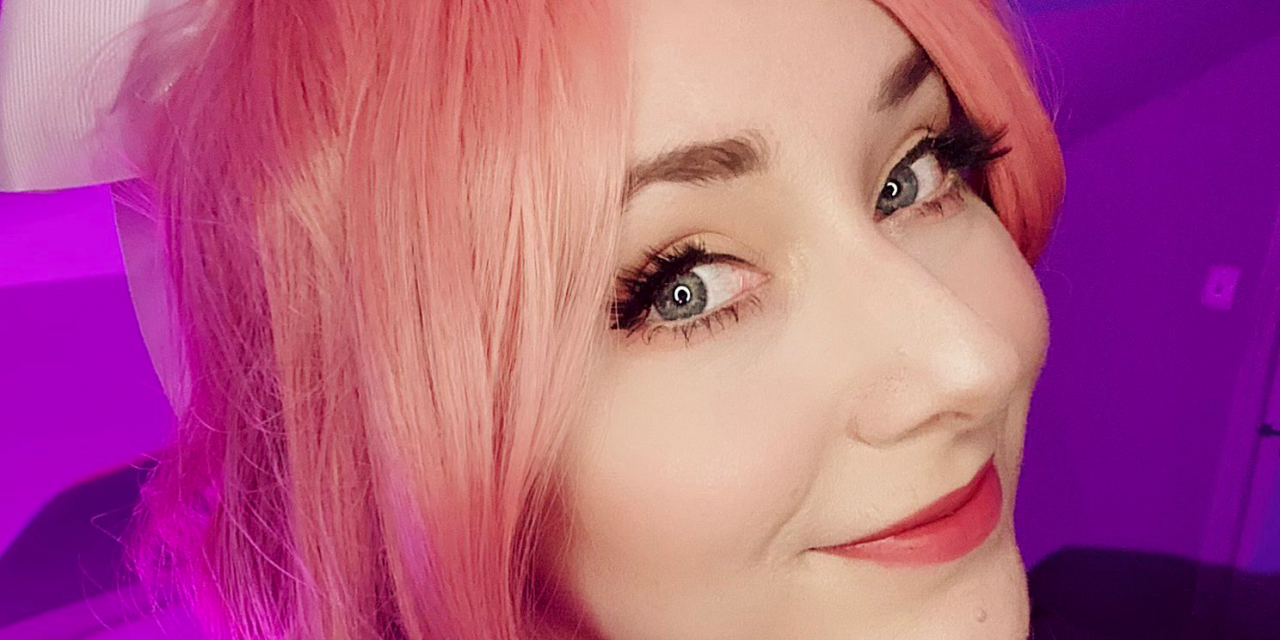 Day 8 of 31 Days of Halloween!! For this cosplay I did Monika from Doki Doki Literature Club!! If you’ve never played it it’s a dating simulation in the form of an anime visual novel…except absolutely terrifying….very fun cosplay to do and actually was a big hit!

For supplies I reused the grey sweater I had from the Britney Spears Cosplay. I then used a button up white shirt which I also already had. For the red bow which is pretty important to the look I actually cut off the seam of a red t-shirt because….I forgot it and ya know what…still worked. The white bow I got on amazon for around $10 bucks. The pink wig was about $18 and can suck it because i got it caught in my fucking pants twice trying to pee (it’s insanely long). So yeah. There’s that.

For makeup I did some pretty basic foundation, light contouring, and peach shade of blush right on the apples of the cheek.
For eyes I used ColourPop Sailor Moon Palette and just did a nice light wash of peachy tones. I used a brown liquid liner very close to the top lash line to open up the eyes and hide the false lash band. For the bottom I used a flesh tone liner in the waterline. You want your eyes to be as big as possible!

For lips I used a ColourPop Liquid Lipstick from the Sailor Moon Collection as well in a nice light pink!

In conclusion this was a lot of fun and looked really cool in photos. The wig was the biggest pain in the ass tbh so shop around a bit when looking for one!

If you would like to see these cosplays in action I stream every night in the month of October at 9pm EST on twitch.tv/erezebeta