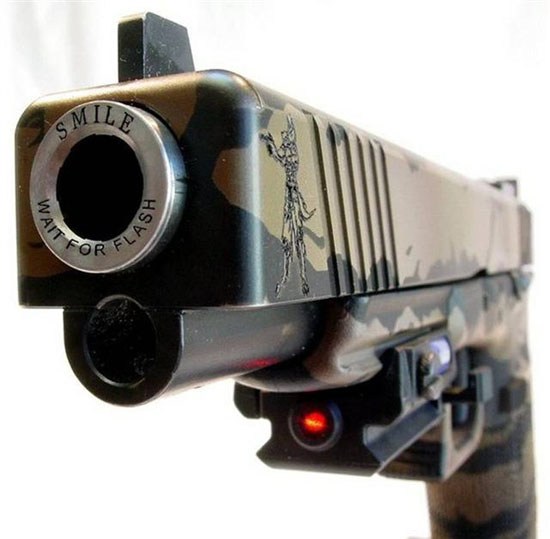 2.   If you find yourself in a fair fight, your tactics suck.

4.   When seconds count, the cops are just minutes away.

5.  A reporter did a human-interest piece on the Texas Rangers.  The  reporter recognized the Colt Model 1911 the Ranger was carrying and asked him, ‘Why do you carry a 45?’  The Ranger responded, ‘Because they don’t make a 46.

6.  The old sheriff was attending an awards dinner, when a  lady commented on his wearing his sidearm.  ‘Sheriff, I see you have your  pistol. Are you expecting  trouble?’ ‘No Ma’am.  If I were expecting trouble, I would have brought my shotgun.’

I  was once asked by a lady visiting if I had a gun in the house.  I said I did.  She said, ‘Well I certainly hope it isn’t loaded!’  To which I said, “Of course it is loaded, it can’t work without bullets!’ She then asked, ‘Are you that afraid of someone evil coming into your house?’  My reply was, ‘No not at all.  I am not afraid of the house catching fire either, but I have fire extinguishers around, and they are all loaded too.’  To which I’ll add, having an unloaded gun in the house is like having a car in the garage, without gas in the tank.