My Flight was Cancelled – Whodunnit Part 2

OK so my flight to NY was cancelled tonight so instead of having to wait til later in the week to watch Whodunnit? I got to catch it tonight.  And it was a lot sillier and more awesome than I expected, both at the same time.  If you want to see who is dead and how the show works so you can get in on it (and honestly why wouldn’t you) then check after the jump.  *PREMIERE SPOILERS*.  If you want to watch it first, click here. 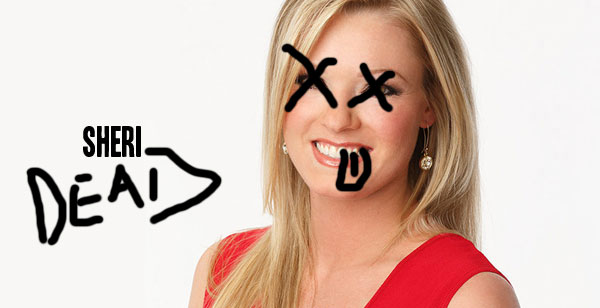 Sheri was the first one killed. Her crime? She dropped a champagne glass. I’m not kidding.

So here is how the show works.  It is pretty basic and I can see how it is going to get more fun as people croak.

That’s about it.  The killer’s master plan is to kill off the people who are too stupid to catch him and leave the smart ones there.  I would do it the other way around.  But then again if I am the killer (and one of the contestants is) then I don’t think I would invite a bunch of people to my house to try and catch me no matter how dumb they were.

That said, two guys were so terrible in their guesses (and one guy’s game play sucked as he ratted out his team so is THAT why he got stuck in the bottom two because one of his pals is the killer???) they knew they would get killed.  Then something weird happened after dinner.  The butler said:

You have all been provided with pajamas and plush socks.  And there will be a pajama brunch tomorrow

So this says to me that I am rooting for the killer because he or she doesn’t want people running around barefoot.  Plush socks are a must.  Or are they a clue?  I don’t know.  All I know is that in the middle of the night the fire alarm went off.  Pajamas and plush socks flooded into the front yard by the pool.  But where was….the other loser whose name I don’t remember?  Oh yea he was ON FIRE AND HE RAN OUTSIDE ON FIRE AND JUMPED IN THE POOL ON FIRE AND THEN THE FIRE WENT OUT BUT HE WAS DEAD.  SO DEAD.  O-M-G DEAD. 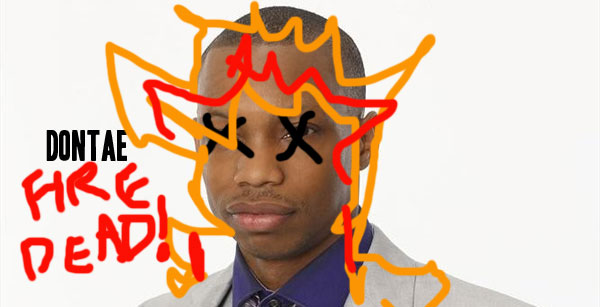 Dontae! his name was Dontae!

So I get how they are working on it.  The real trick will be to figure out who the killer is and the fun will be how silly the murders are.  Oh, and how many times they have to leave a ridiculous clue in plain sight just to forward the plot.  It is silly, stupid fun and I am hooked.  Get in on it, people.  It’s quality goofiness.