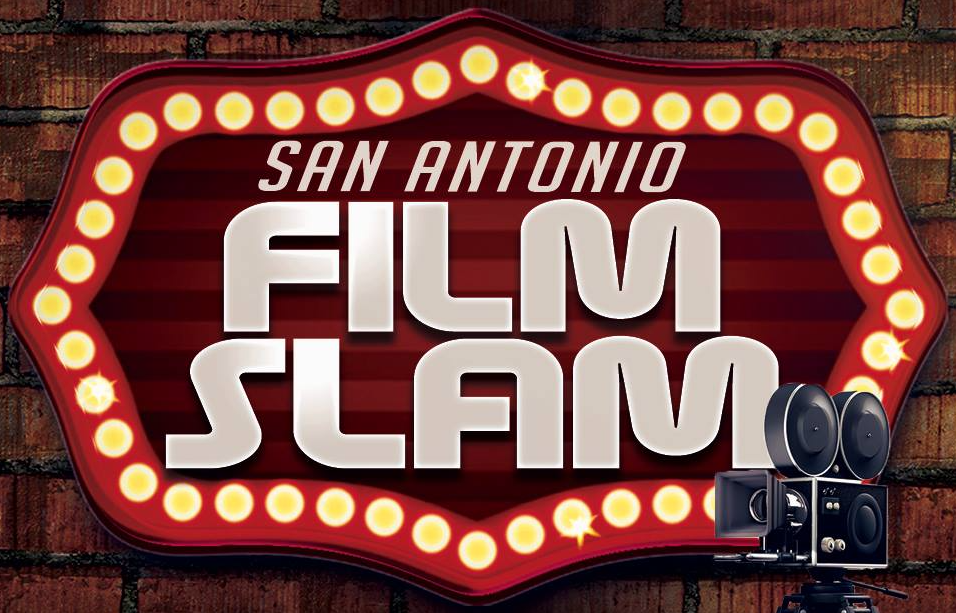 So last night i decided to go to the local Film Slam. You take a short, your child that you have raised from birth, and SHOVE it in front of an uncaring and vicious public to be torn apart and ridiculed to death.

Meh. Done it before.

I found myself pensive, maybe even anxious. Mainly because i’ve been out of the scene for so damned long. I hadn’t really done anything very creative for a while. I decided to bring the last thing that I had animated to show.

Oh, that’s right. For those that may not know, I will now explain what “Film Slam” is. You show up early at a venue and bring a thumb drive with a short film you have. The film/video has to be less than 5 minutes long. If it is longer, they will stop it. Everyone is given critique cards that are given back to the producer. That way the producer has something to read while they’re crying by themselves in the car after the show.

After all the videos are seen, everyone is forced to stand in front of the audience and actively bathe in the adoration/hatred fed to you in the form of applause (or lack thereof). You can, in in essence, hear how horribly people think of you by how loud the claps are.

Just hope there are no celebrity judges that night.

LOL. I kid, of course. It really isn’t that bad… as long as you have the right attitude. But my attitude was not exactly there. Like I said, I had been out of the scene a while; at least since… damn… 2008?

I knew NOBODY at first, at least from the content creators. Even the OLDER content creators (Directors? Producers? Those words don’t seem to fit…) were people I hadn’t seen before.

Eventually they started playing the shorts; 13 of them. I would have to say, I sat through the first 8, and they were pretty good!

My short animation, The Medium Doesn’t Matter, came up, and I was very pleased by the reaction of the audience. They laughed at the right spots, kept quiet when they weren’t supposed to laugh, and clapped rather loudly; yes, for some reason, over 81 people showed up that night. It was packed.

Afterwards, I tried my best to write more critiques, trying to be fair and kind. However, I was sitting next to a big ass fan that was blowing cold air directly at me. I was also was drinking a beer, which cost 6 bucks (with tip; always spend money at the venue, folks). I eventually relented and went to the restroom.

So I got up, did my human processes, and began to walk back to my seat. Suddenly, I ran into someone who recognized me, someone from my 48 hour days, Kerry Valderrama. It seems that he is the main guy running Alamo City Studios, which happened to be next door. He was also one of the people who have been running the Film Slam for the last few years.

Why don’t i know this? Because I am a clueless imbecile who takes to being social as a water buffalo takes to calligraphy. 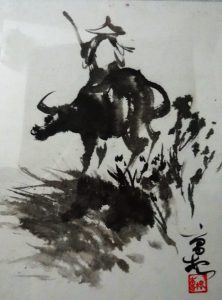 There’s no way that if I do a google search that I would find a–OH DAMN.

So he introduced me to other people, and we networked like grown ups, and I tried my best to sound like I knew WTF I was talking about. Not bad.

I was talking to this one intelligent woman about how good an idea it would be to create multimedia summer classes for children when i noticed that all the producers were lined up on stage. I couldn’t believe it, so I politely excused myself from the conversation and tried to get on my correct spot on stage.

At that moment I began a conversation with contestant number 7, an ENGINEER who basically did a screen capture of how he accurately created a 3D model of a strip of celluloid film in the shape of a cylinder, then effortlessly cut out text on the surface. When I decided i wanted to be an animator, I tried out a lot of different programs. I did start with 3D animation, and was able to create some 3D models. one of the first animations i did was a 3D animation of children’s toys that were secretly lethal weapons. 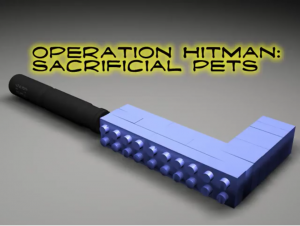 See? Totally Qualified to talk about this subject.

Anyway, so we were talking about his process and stuff and slowly, everybody started to shuffle off the stage. I didn’t know WTF was going on, so i just followed David Kisel off the stage as he discussed how his 3D printers are the highest quality printers and stuff…. and then some guy stops me and tells me I need to stay on the stage because i’m one of the three finalists.

I go back to the stage and i’m between two really good AND REALLY YOUNG producers; I call them producers in the most general sense that they helped “produce” the content, not in the narrow definition of “Producer” in the filmmaking sense, which evokes images of a person sitting behind a desk with a cigar, yelling at people about not spending too much money. Anyway, so this is the part where they hold their hand over your head and the person with the loudest clap is the winner. I can never tell because i’m too busy clapping like a damned fool anyway.

And i will say these two things.

One, winning second place in a roomful of people that you don’t know and that have never seen you before and are in no way associated with your project? Hell yeah.

And second, which i shared with 3rd place next to me; “First Place is too much stress. Let someone else take the strain; i’d rather go home.” I believe he agreed.

ANYHOO, I will attach the short that won me 2nd place down here. And.. WOOT!