New Buffy – Why You All Need to Stop Crying 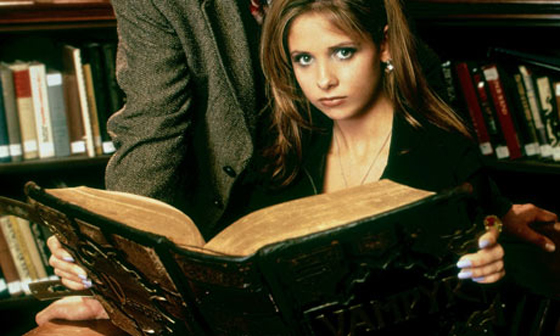 So if you haven’t heard, they are going to make a new Buffy movie and are not inviting Joss Whedon or any of the original Buffy-ers to be in it.  This has made people (including me) a little sad.  You can read more about it and see Joss Whedon’s response over here (but make sure you don’t stay over there – the dude who runs that place is gropey).

But the more I’ve thought about it, the more I realize that I don’t care that they aren’t doing it with the old cast or story or creator.  And I say that understanding full well that Sarah Michelle Gellar is probably never going to be in another movie ever, which makes me sad.  See, the reboot is a perfect example of people not giving a shit about stuff that has already happened and deciding to give it another shot.  And that’s where the whole thing sort of gets tangled up in the Joss Whedon…ness of everything.  See, Joss invented Buffy.  He wrote the movie in 1992 and directed the TV series.  That’s important, and it is also why I don’t care.

I am a complete sucker for the Buffy Series, and if I ever get some weird disease that makes me have to stay in bed and somehow also makes me rich I would watch all the Buffy’s and send my henchmen to capture SMG, give her a boob job, wait for her to heal, then bring her to me.  But I would not watch the movie if I were perfectly healthy and would win a solid gold bigfoot (actual size) for watching it.

They can’t make a movie version of the TV show.  None of the people in the show are movie stars.  And the show got shit for ratings.  So yes, it would be cool for there to be a ‘the gang’s all here’ version of BTVS.  But no, I have no interest in seeing a remake of the original movie.

However, I would fucking love to see Buffy and Willow head to Bon Temps and whoop some emo vampire ass.  Stupid True Blood sissies.  Make that movie and I will go see it.  Make it right now!  But when you remake the Buffy movie, make it not suck.  And don’t put it in California.  Set it in Maine.  Make her fight in Salem’s Lot.  Or Florida.  Or Charlotte.  Or some other place I have lived.  New Jersey?  Work with me….

Oh, and I’m not sure if it will work, but below might be the Prom episode from Season 3.  If you want to see just the awesome part, then go to about 37 minutes, 20 seconds in.  Oh, and the video is from TVShack which is riddled with malware and spyware and analware and some other wares.  So if you go there, use Chrome!  Then do this: