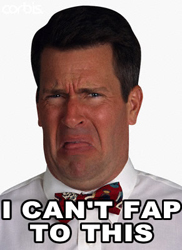 Seriously – sometimes we need to just step back for a minute and stop pretending that “interesting” means pretty.  Sometimes ugly people are good actors and get parts in movies and shit.  People like Marty Feldman and Meryl Streep.  And then there are really hot people who can’t act for shit but are still awesome.  People like Jessica Alba and Jessica Rabbit and Jessica Biel and Jessica Tandy.

But there there are people who aren’t good actors and aren’t hot.  These people make no sense.  How do they get to be in movies?  If I want to see people who look like people I can see for free say things unrealistically, I will try to get the idiots in line at Wal-Mart to do a few scenes from The Spanish Prisoner.  I may do that anyway, actually.

But that said – after the jump I’ve got a hideous close up of someone who doesn’t get any better if you move closer in or farther away.  Not only is she ugly, but I think she is also a murderer.  OK, so maybe the murder thing is a crazy baseless accusation but I’ll be damned if she didn’t make a grab for my nuts one day at Wendy’s.

If you can guess who she is say so in the comments.  I’ll run this like Guess My Netflix.  Anyone who gets it right gets a point.  And go!  P.S. if everyone gets it right away, then I will give an extra point for funniest wrong guess, and next time I will make it someone’s knee or hair follicle.  Smart asses.