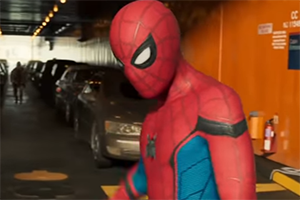 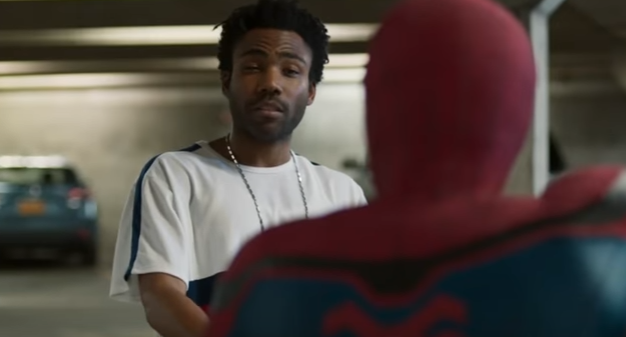 Now here are my thoughts.

I like the actor playing Spidey.  I like Donald Glover.  I like Michael Keaton.  I like the idea of the neighborhood Spider Man and the bits with Peter Parker catching bike thieves and dealing with school are great.

But I HATE the Tony Stark stuff.  HATE.  I know Robert Downey Jr. is their cash cow but this feels super forced.  I would be more compelled by Cap mentoring Peter.  And if the suit is all hyped up like the iron man suit, then what exactly is the benefit of Peter’s super powers?  Iron Man can fly so he could just get away from Spidey, and hydraulics > spider strength and if any fool can have web shooters because Tony Stark made them where is the SPIDER MAN PART?

For a long time I have been listening to Marvel fan boys yap about how DC needed to build up each character so they could then be united with a team and THAT is how you make a successful super hero universe.  I don’t think it is that simple, and I think that it made sense for Iron Man and Thor because they are sort of B team.  But people didn’t need to warm up to Captain America or Hulk.  And if the fan boys theory was correct, then we should have already had a Hawkeye movie.  Which we will never have.

With Spider Man, I feel like they had to shoehorn everything in so that Peter was just “discovered” when Tony needed him.  Seems like they tried to have their cake and eat it, too.  “We don’t need to do a Spider Man origin because he is like Batman: everyone knows him.  But we DO need for him to be malleable so that we can milk the new franchise as much as possible.

I am sure it will be a fun movie, but I would love to have seen 20 year old, working stiff Peter Parker wising off to Stark and being his equal.  And before you tell me: “well that would have made no sense because he would have helped in the Battle of New York” I will say that the X-Men could have taken Metro North to Grand Central and been there in an hour tops and you can bet when they get introduced it won’t be from scratch.

Anyway let’s hope for a super fun movie that doesn’t rely too heavily on the weird Tony Stark thing.