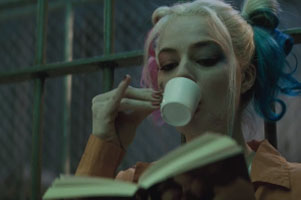 For once I remembered when a show was on and caught Dawn of the Justice League on the CW.  Got new footage of Batman v Superman AND some scenes from Wonder Woman.  I am not disappointed in either.  At all.  Not even a little.

But the big news was the debut of the new Suicide Squad trailer.  I am sold.  And the dude from the TV special said that Joker is NOT a member of the Squad.  So who knows why he is there so much.  But Leto does look good in purple.  Oh, and Captain Boomerang (the dude with the mutton chops) looks to be a show stealer.