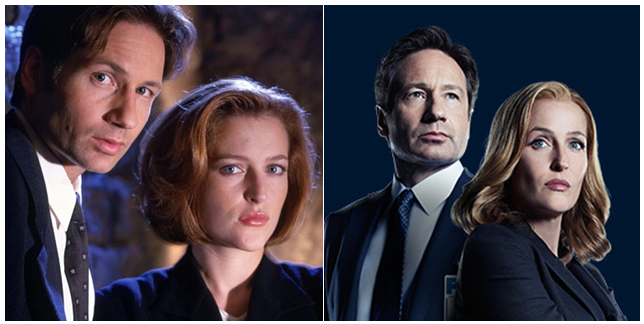 So I’m a little bit of a pretender here because although I really liked the original show, I did not faithfully watch it from beginning to end, instead catching many random episodes in the middle and toward the end. I also didn’t see either of the movies.

But I still liked it so much that I was really excited to find out they were bringing it back, even if only for now for a 6 episode “event”.

So how was it? Obviously, spoilers, so if you haven’t watched it yet and you care, stop reading.

There it is, the moment of their reunion on camera. Does it fill your heart with warm fuzzies? It does mine, just a bit. Partly because I know the actors are friends in real life and I like when you can see something genuine on screen.

This scene takes place after we first see Scully outside what looks like an operating room either before or after a surgery. She is interrupted by a colleague telling her that Agent Skinner is on the phone for her and it’s urgent. When she answers the phone is it Skinner? No way it’s totally Mulder. That sneak.

OK yeah, that’s from the original series, but it’s funny. She seems not totally surprised to hear from him, he tells her about how some wackadoodle played by Joel McHale wants to meet with them and show them some big deal thing, and she agrees to meet with the both of them. Various comments about Mulder being semi off-the-grid and paranoid. Scully seems indulgent of his nonsense. Oh, Dana Scully, you saint you. And away we go.

I’m not going to rehash every scene so I’ll just talk about some important and particularly enjoyable parts, and show you some nice gifs the internet has made for us. 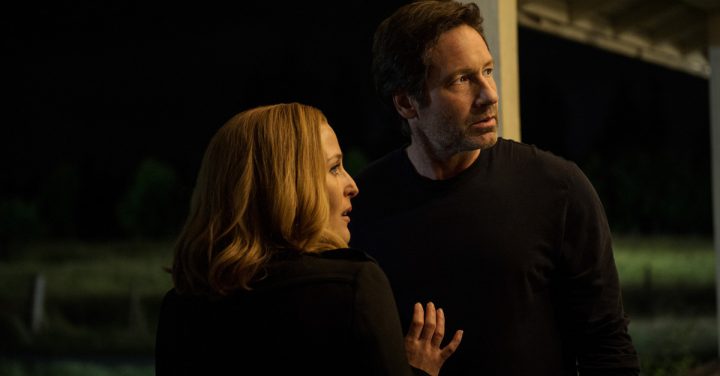 McHale takes these two out to some home in the boonies where a woman who has been a victim of multiple abductions lives. It’s supposed to be super secure for some reason which is unexplained. I guess aliens/abductors don’t like the country?

This poor woman, Sveta (Annet Mahendru), is the abduction victim, and is in possession of some of the saddest eyes ever. I already know her from The Americans, where she plays a Russian citizen turned agent turned double crosser turned double crossed, etc. She has a lot of things to be sad about, let’s just put it that way. (By the way, can we discuss how disturbing I found the phrase “classic scoop pattern” when discussing the injuries to her stomach? Very.)

This is Scully’s reaction when Sveta informs her she can read minds. But Scully seems to be a tiny bit more willing to believe her by the end of this scene. Is Scully’s skepticism that often gets disproven by general weirdness that can’t be explained sort of like the thing where pessimists end up happier at the end of the day than optimists because they expect the worst and when it doesn’t happen they’re pleasantly surprised, but optimists expect the best and then the world craps on them all day and they’re sad? I’m not sure what I was trying to say anymore. Scully believes poor doomed Sveta that something not quite right is going on after this scene.

As usual Scully is left wondering when she’s going to hear from Mulder about whatever insane things he’s investigating without her or doing behind her back or whatever, so that she can gleefully try to prove him wrong and then be frustratingly frustrated. I’d like to point out that she often has blood sprayed all over her neck after doing various surgeries at whatever hospital or facility is her regular job apparently. I’m not sure what types of surgeries she’s doing but I’m pretty sure you’re not supposed to have blood spraying all over your body when you’re doing surgery. I wish someone would explain this to me.

She also spends a fair amount of time looking thoroughly unimpressed and/or concerned for Mulder’s sanity. At one point she pleads with him about how much she knows he wants to believe but she clearly thinks he’s losing his mind.

I just realized that most of my images are of Scully. I can’t help it, I admit I love her. I’m a skeptic and between her and Mulder I would be her. I’d be much less suave about it though, rolling my eyes and flapping my arms around in an unflattering fashion. She’s the skeptic I wish I could be. All science-y and whatnot.

Of course we also got to see Skinner this episode, and we closed out with who else but The Smoking Man. 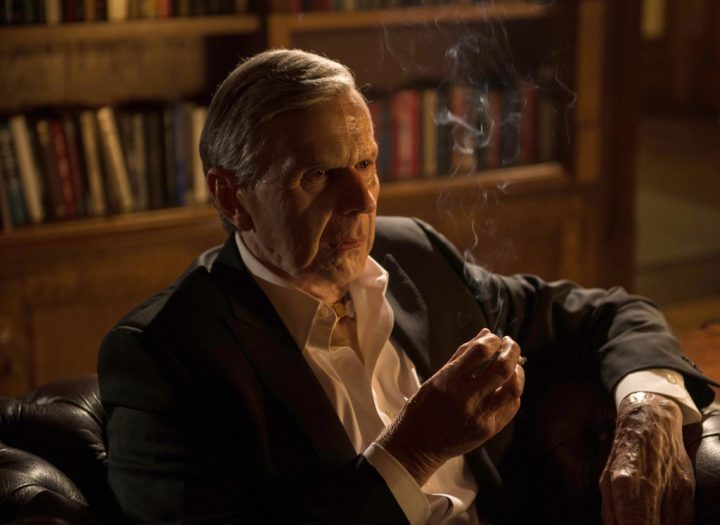 Did you watch? What did you think? Are you excited for the series? Were you a fan of the original show? Leave comments below!