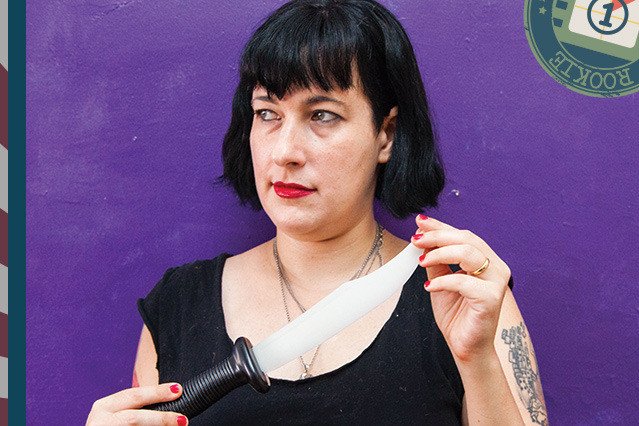 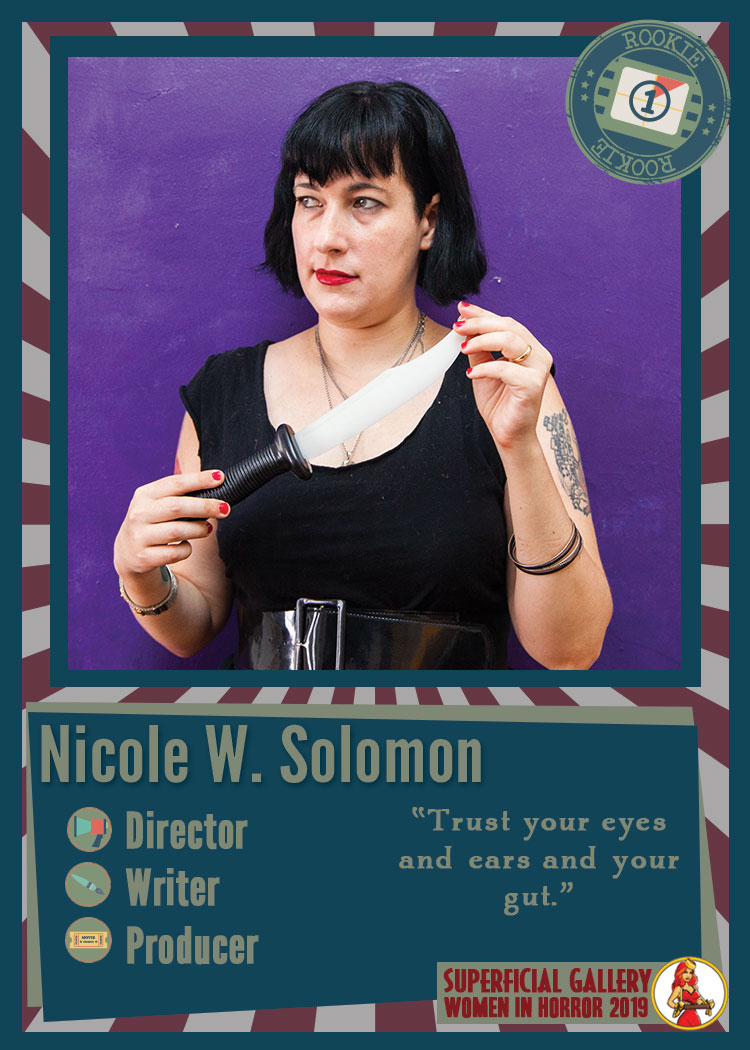 Check out 4MileCircus.com and 4MileCircus on most social media platforms for my latest hijinx.

Our Conversation with Nicole Solomon

I was thrilled that my short film Small Talk (aka 1-900-KILL-YOU) screened in festivals across the world and won awards, even though various gatekeepers I encountered really hated it. I was especially proud of it being the first film to win a Golden Kleene award at the Arse Electronika Festival on Sex and Tech and being selected for the Bay Area Sex Workers Art and Film Festival. I am glad I stuck to my guns and made the film I wanted to see rather than one other people wanted me to make!

There are many true answers but today I’m going to say American Psycho, because it changed what I thought a horror film could be and is still the bar against which I measure all horror about toxic masculinity and white supremacist capitalist patriarchy.

Karyn Kusama because she keeps cranking out excellent and unique genre work that continually inspires me. The Invitation was one of my favorite films of the past few years and a huge influence on my current short, It’s Normal.

Film is especially collaborative medium. Your cast and crew will either lift you up or bog you down, and it’s unlikely that you can make your film without them. They are the ones who will make or break your movie. Find talented and honest people to work with and treat them with the love and respect they deserve. When you find someone you love working with, keep doing it and know that it’s not always the person with the most impressive resume who will do the best job. Trust your eyes and ears and your gut. It is a transcendent and humbling experience to work with a great cast and crew.

Listen to feedback but trust your creative instincts. Make a film you truly believe in, a film that you would go see and love if someone else made it, and it WILL find an audience! Many “experts” will push back on anything unconventional in form or perspective and insist there’s no market for what you’re selling. That’s all the more reason why the world needs your film.

I tend to have a lot of practical gore effects in films I direct or produce, so afterwards my tub is often full of (fake) bloody DIY organs after we wrap. The sight has definitely startled a few people.

My latest short It’s Normal is screening in festivals and I am writing a feature I plan to produce and direct.