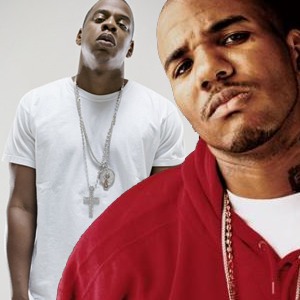 "Which one of us is North Korea again?"

Lynch, professor at George Washington University and the director of the Institute of Middle East Studies, tells Steve Inskeep he has always been a rap fan and is interested in parallels between rap, political science and international reactions.

I’ve known this since 1992. Ever since hearing the words,

WORD TO YOUR MOM I CAME TO DROP BOMBS.

You know, I don’t know if House of Pain was speaking about the Middle East when they penned Jump Around, but, I think what this article is getting at is that they might have.

Also, they are saying that Jay-Z is the United States and The Game is like Iran and North Korea. For those who did not know (read: me) The Game is a rapper and he said he was going to take Jay-Z’s puppy away from him. Then Jay-Z wrote a response track (I believe they called this a “battle rhyme”) in which he stated how sad he would be if he lost his puppy. Then, in verse, The Game said, “Damn right you’ll be that sad.” At which point, Jay-Z lost it and that is why these parallels to North Korea come in to play.

And all of this is chronicled to NPR by a damn professor. In the article, this professor is, I assume, telling all of this to NPR with a straight face. Seriously, he teaches students and his life is consumed by thoughts about how politics and rap parallel. It’s an example of life being awesome.

Fuck the grind, man, once you get to a position of importance do whatever you want.