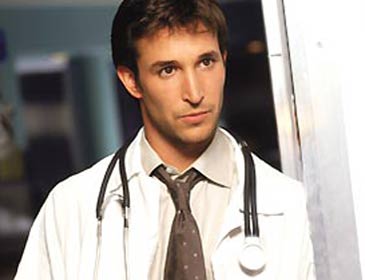 Tonight is the final episode of ER.  After fifteen amazing years, they are wrapping it up.  I readily admit, they had some seriously questionable seasons but that never stopped me from watching with religious fervor every week.  I debated bailing when Dr. Greene died.  I cried for weeks over him.  And then, when Dr. Carter left, my loyalty was tried.  But I knew, in my heart, Dr. Carter would want me to press on.  I know this is laughable and I am writing it tongue in cheek-ish.  My poke at Acadia earlier this week, calling him a “drooling fan boy” leaves me wide open for well deserved ridicule and I know it.  I don’t care.

I have had a longer relationship with the characters on this show than I have had with any real person.  I was a kid when I started watching it and the continuity of Thursday nights has been of no small comfort to me over the years.  In college, Thursday nights were College Night at the one bar students were permitted to go to.  (There were only two and the other one was for locals.)  I never made it there until about 10:30 because I wasn’t going to miss ER.  I would walk to campus and sneak into one of the dorms and watch in the TV room and then walk to the bar.

I have a friend coming over to watch it with me; we’re gonna share a bottle or two of wine and a box or three of Kleenex.  If I don’t have a sobbing hang over and horribly puffy eyes tomorrow, I will be sorely disappointed.  I can’t really express what ER has meant to me.  I can remember distinctly the Thanksgiving night when Carol Hathaway gave birth to her twins.  When Mark Greene died.  When Dr. Ross pulled that kid out of the storm drain.  When Dr. Carter tried to play down his privileged background to Dr. Anna Del Amico.  How awesomely terrifying his grandmother was.  The relationship between he and Benton.  When he and Lucy Knight were stabbed by Chandler’s psycho room mate.  (That guy only plays psychos, I think.)  What a wonderfully sweet asshole Romano was.  How stupid the helicopter thing was.  When Dr. Anspaugh’s son died and Jeanie Boulet sang Green Day’s Time of Your Life at his funeral.  This is boring for you and self indulgent of me.  I won’t apologize.  But I will stop here.

This is my most heartfelt obituary to a very incredible show.  Thank you, ER, for being such a constant and fulfilling part of my life for so very long.  It is astounding how real these characters have become to me.  I will miss you every Thursday night at 9pm for a long time to come.