On the Contrary, Watson, You Can See Everything 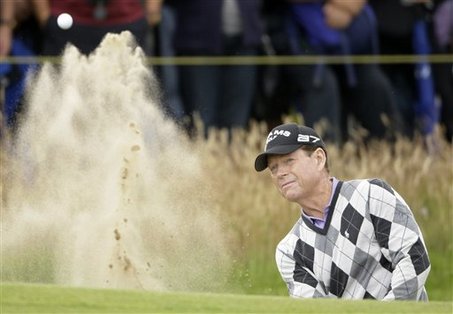 …but too damn timid to make a putt to win it. God damn.

Tom Watson’s British Open performance was amazing. 59 years old, golfing his ass off. He struggled a lot early yesterday and seemed like nerves were getting to him. Nowhere was that more evident than on the final hole. Watson caught a bad break on his approach shot needing a par to win. His birdie putt came from an uphill lie off the green on the cusp of the rough. He sent it way too far, but, still had a remaining par putt that a lot of dudes could make. He left it timid and then lost in the playoff against Stewart Cink.

In the playoff, everything came apart for Watson and he was absolutely all over the place. His worst golf of the week, really. It was tough to see Watson fall apart after watching three days in amazement at what he was on the verge of accomplishing.