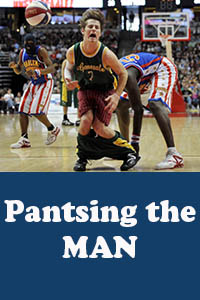 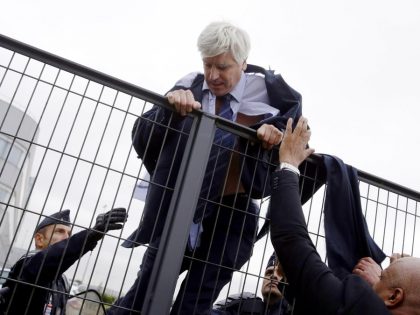 Well dang I didn’t get Annihilated yesterday so I actually have to write an article today. These apocalyptic Christian groups just keep messing up my schedule. It just left me wondering what to write about. I liked that the Air France executives got pantsed by their employees. Anyone who’s been crammed into a sardine can after discovering that the airline is now charging for extra bags and no longer even gives you a free bag of peanuts can get behind that. Just reading about Airbus getting a patent to stack passengers on top of one another almost sent me wilding.

Then I started thinking. Why does the government and by extension most of the media treat getting pantsed or a pie in the face like it’s an assault with an AK-47? That’s pretty self-obvious. The VIP’s who deserve to get pantsed are the ones that own everything but the social media and they’re work ing on that too. It’s not even the assault itself. Anything embarrassing a stuffed shirt distracts from the straw dogs they’ve got up to keep us from actually checking out the Emperor’s New Clothes. Can you imagine Donald Trump having gotten as far as he did if his employees had yanked pants every time he screwed them with a bankruptcy? I can think of a long list of people who need to get a good pantsing. Let’s start with Martin Shkreli. That guy is so deserving of a pie in the face that even his fellow “businessmen” who only raise pill prices 2,000% were going “HEY DUDE?” 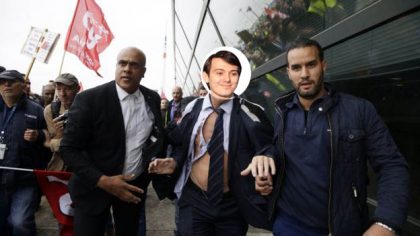 Oh yeah this works for me. Which guy in a suit should be next?