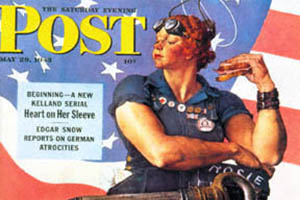 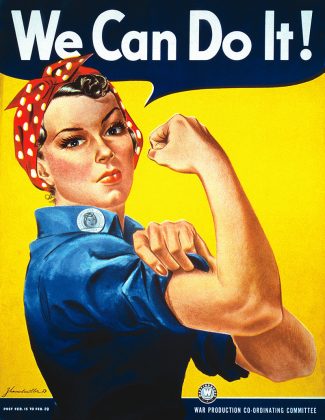 The now iconic image “We Can Do It” was painted in 1942 by by Pittsburgh artist J. Howard Miller as part of a series for the Westinghouse Company’s War Production Coordinating Committee. Miller used an image from the wire service that’s thought to be seventeen year old Geraldine Hoff who was a metal-stamping machine operator. It was actually only shown to Westinghouse employees in the Midwest for a two week period and it wasn’t until the early eighties that the image was rediscovered and became famous through it’s association with feminism and woman’s empowerment.

Filed under: Labor day Pin-Up, pin up, Rosie the Riveter, We can do it