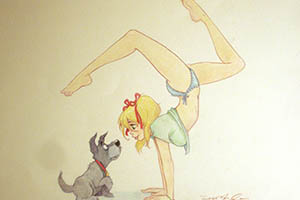 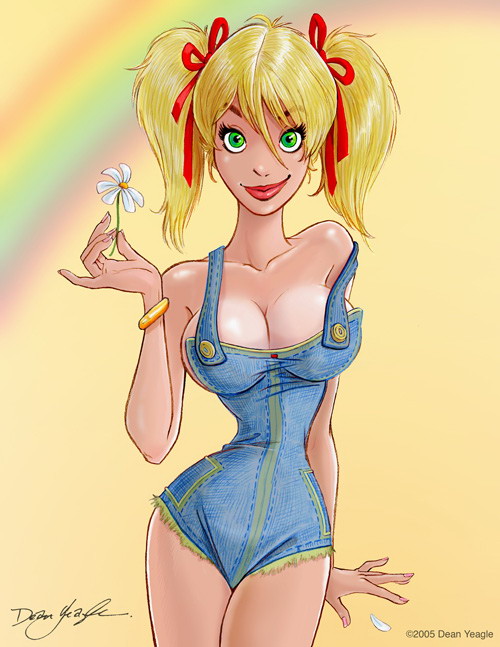 Dean Yeagle is an American animator and cartoonist best known for his character “Mandy” who often appears on the pages of Playboy Magazine. After coming back from Vietnam he went to work for Jack Zander (Golden age animator that did Tom & Jerry among other cartoons) at the infamous Zander’s Animation Parlour. Yeagle now runs his own Caged Beagle Productions that produces TV commercials, CD-ROMS, sub-contracts on features and character design. All that and…MANDY. 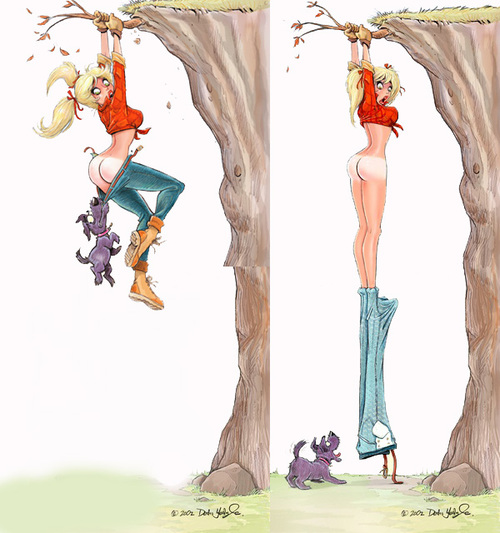 Mandy has a little dog that’s just as cute.