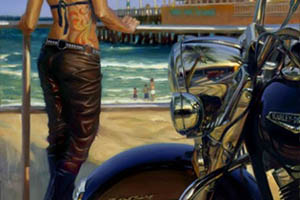 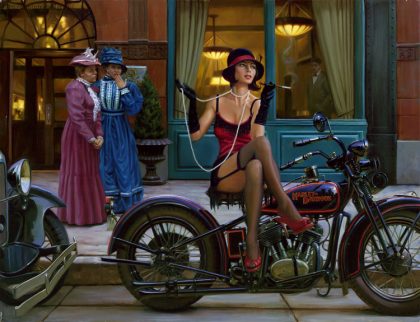 David Uhl bought a motorcycle in 1988 and rode to Sturgis, South Dakota. That exposure to the biker lifestyle changed his life. Already an award winning illustrator with clients like FedEx, Coca-Cola and Time he entered the world of Harley-Davidson®. Ten years later he graduated from T-shirts to museum quality oil paintings. Harley-Davidson with nearly a century of history was the perfect match for Uhl’s new concept. He meticulously researches the motorcycles and the historical period associated with them for his paintings. Over a 100 paintings since he flew to Milwaukee to present A Change in the Weather to Harley-Davidson executives  and he’s still got plenty of bikes…and women to paint. 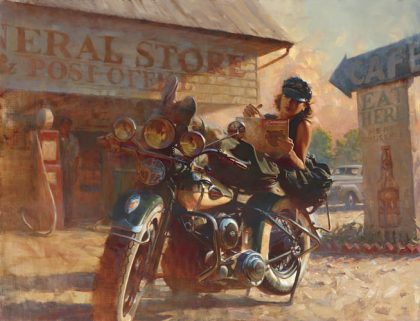