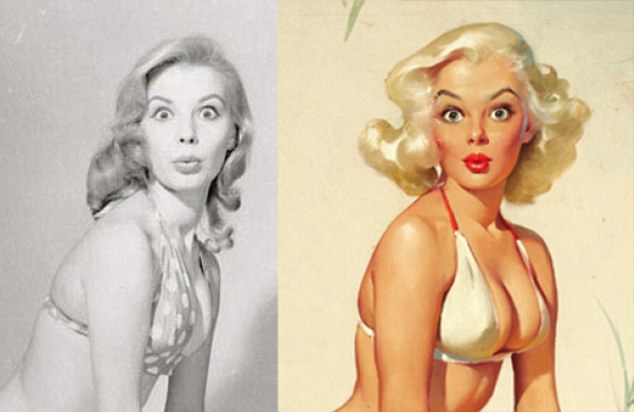 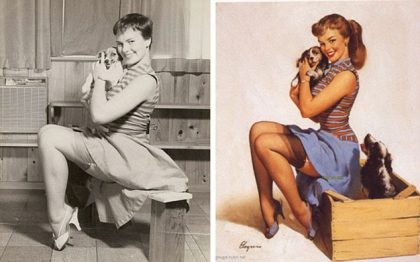 There’s an old saying never watch how the sausage is made. A treasure trove of photographs from Gil Elvgren show us how the Pin Up is made.

The Beauty Myth; Fifty percent of social media users (Facebook, Linkedin, Twitter, Instagram) admit to “touching up” their images before posting their photo. For Millennial women the number soars to seventy percent. Doctoring photographs is nothing new. Adolph Hitler and Comrade Stalin routinely edited history by editing photographs to eliminate anyone that had been “deleted” by the regime. It’s only easier with digital imaging. In 2011 an Orthodox Jewish newspaper removed Hillary Clinton and counterterrorism director, Audrey Tomason from a White House photograph in keeping with the ultra-orthodox belief that images of women are “immodest.”

Technical images have now become a form of information, to be consumed like all other bits and bytes. As we consume them, we should perhaps take a moment to reflect, not just on how we manipulate and change them, but also on how we are manipulated and changed by them. —David Levi Strauss

Almost everyone is aware that images of women are “perfected” with the help of technology. They aren’t aware just how inhuman and unrealistic these changes are. The Beauty Whitewash  is just one insidious example. That’s when the skin tone of black or Latina women are digitally retouched to appear whiter on magazine covers, advertisements, commercials, music videos, etc.   L’Oreal got caught putting a beauty whitewash on Beyoncé Knowles. If you’re feeling the need to distort even the gorgeous women who are professionally beautiful you have a twisted sense of what’s actually beautiful.

The romance and attention surrounding these women tended “both to glorify them, raising them like Hollywod film stars above the level of ordinary mortals into a mythic realm of tragic heroines and fatal sirens, and paradoxically to diminish them, reducing their real, complex, contradictory personalities and lives to flat figures in a fantasy landscape and taking away from them all sense of active life.” Jan Marsh, The PreRaphaelite Sisterhood.

What about art? There’s no end of idealized women in paintings. Elevating the subject through the talent of the artist is ingrained in the mind of most painters. Does doing this create an unrealistic burden or bring heroic romance into an ordinary life?  The Pre-Raphaelites wanted to escape the confusing modern world and depicted their women as a fantasy solution. Some of the models, who were quite ordinary, did feel intense pressure to become the archetype in the paintings. They were living dreams come to life on canvass and so many fell in love with the painting not the woman.

The essential question then is at what point do we draw the line between fantasy and an unreasonable expectation of women. Beyoncé Knowles getting a beauty whitewash is unquestionably unrealistic expectation. The Pre-Raphaelites are unquestionably art. What about our lovely Pin-Ups? 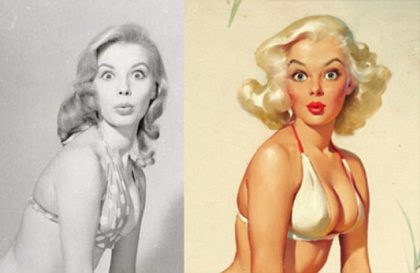 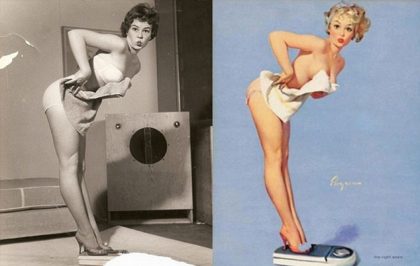 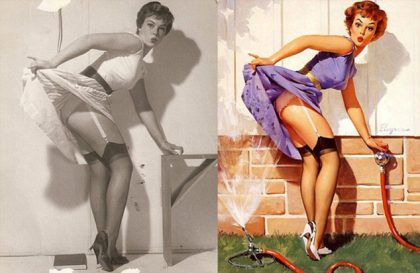 Painted hair has a lot more volume and facial features are softer. 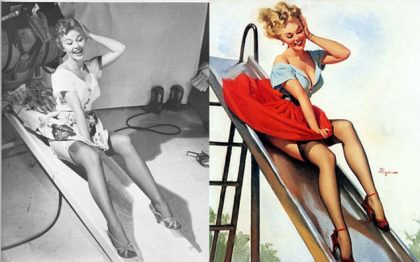 In this one it is easy to see how the posed photograph is “fake” compared to the painting brought to life.