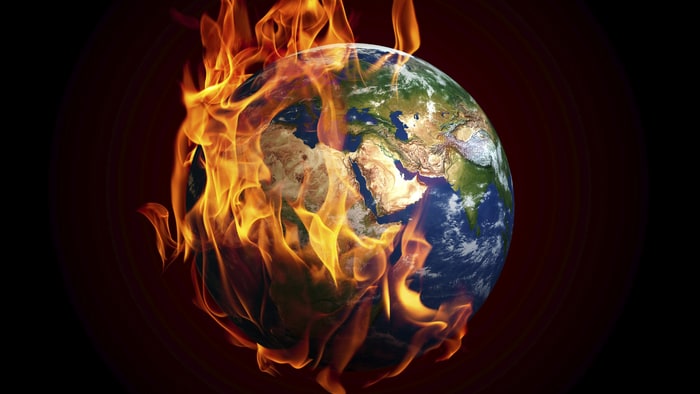 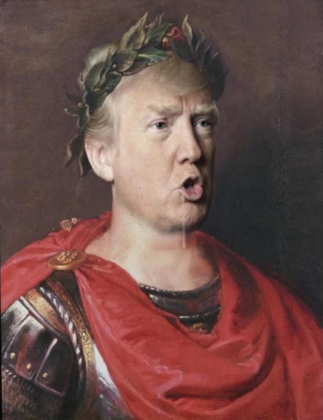 All he needs is his Fiddle

Break out your sunscreen, folks!  It’s about to get a lot hotter, a lot quicker.  On the plus side, my motorcycle won’t sit in the garage all winter long anymore.  I’ll be able to ride year-round, even if the asphalt will be hotter than the devil’s underpants in December.

See, here’s the deal.  President Donald “The Duck” Trump pretty much screwed the environmental pooch today by reversing Obama-era regulations in place to combat rising sea levels and global warming.  Wrapped in patriotic rhetoric, he proudly proclaimed that short-term jobs were more important than, you know, saving our planet for our children and grandchildren.

The Trump administration claims we can have our cake and eat it too.

To the extent that the economy is strong and growing and you have prosperity, that is the best way to protect the environment.

Seriously.  They claim that rolling back environmental regulations will not only strengthen the American economy but will protect the environment.  Because corporations would never put profits above saving the planet.  They must not remember the Cuyahoga River fire of 1969. 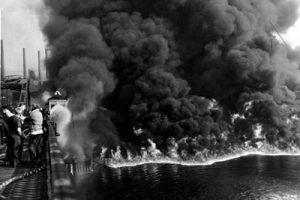 That moment when your river catches fire

So here we are.  Along with the rest of the world.  Watching Trump play his fiddle while inviting the rivers, and the rest of the world to burn.  Pretty soon, the oceans will rise and we’ll lose New York and San Francisco – so I guess some good will come of it.  But who wants Pittsburgh to become the new Washington DC?  Ain’t nobody got no time for that.

But sunscreen companies are about to make a killing.  Go buy Banana Boat sunscreen stock now!