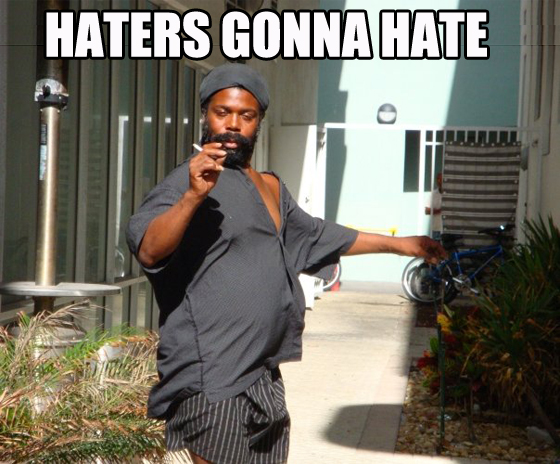 Beans hijacked this post when Acadia was out buying more guacamole for the bachelor party. The funny thing is, he must have stopped to pick up hookers or something because I haven’t talked to him since. Figures.

Now, I don’t know how he does things on his own personal edition of Podcaturday because I usually just come over and leave a snarky comment and then leave again. I know he links to people and says how “Dumb Beans is…” a lot, but the truth is, I’m not dumb. He just envies my smarts so much he has to try and say I’m dumb to make himself feel better. ‘Cos Acadia’s tall, but the air up there is thinner so sometimes his braincells can’t breathe.

They tried to kick me out this week because it was a bachelor party for James, but I stole the key and let myself back in. Then we talked about how James and I are getting married and Acadia could give us lobsters as a wedding present. There were some phone calls and some sad news from Dr. Nob, but you’ll have to listen to find out why it’s so sad.

So, while Acadia is out picking up hookers and diseases, who wants to help me rearrange the furniture in The Gallery so when he comes home all drunk he trips and bruises his shin? Come on, it’ll be fun.

Before you do that though, let’s watch this incriminating video after the jump. I’ve heard rumors that one of these people is Acadia…