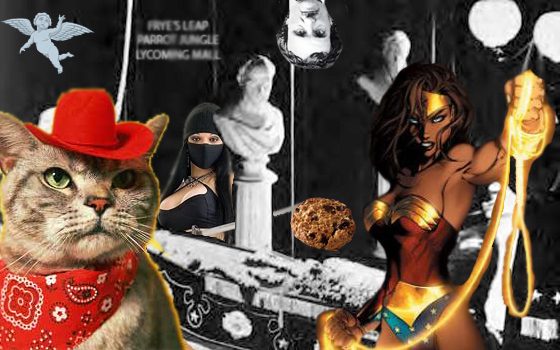 Yeah, there are clues in here. Clues.

OK, so Beans and I were in a hot three way with Nicole this morning as we tested out our super new (old) technology for recording podcats.  So now instead of doing the regular thing, we are gonna try something different and it is gonna include more talking and more than just me.  Think of it as one step above having to read the ingredients of your shampoo when you are taking a dump.  Wait, that was needlessly harsh.  It is like, five steps better than that.  It’s also not just me now, so I have someone to blame.

PODCAT IS AT THE BOTTOM OF THE POST – DINKS!