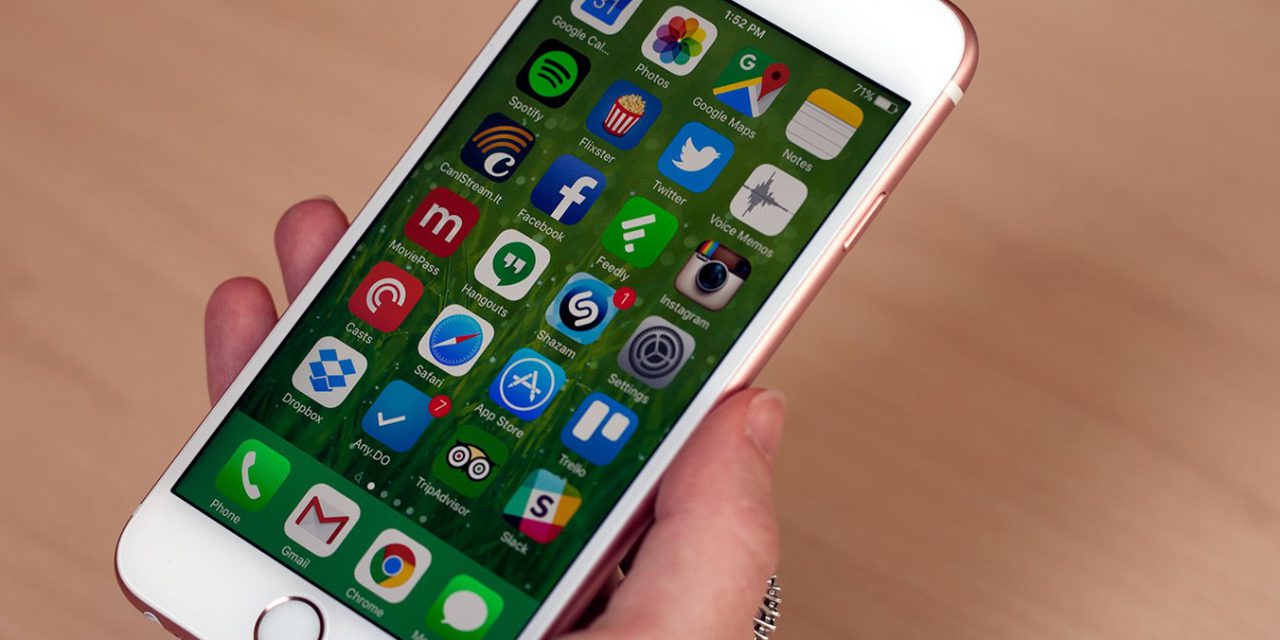 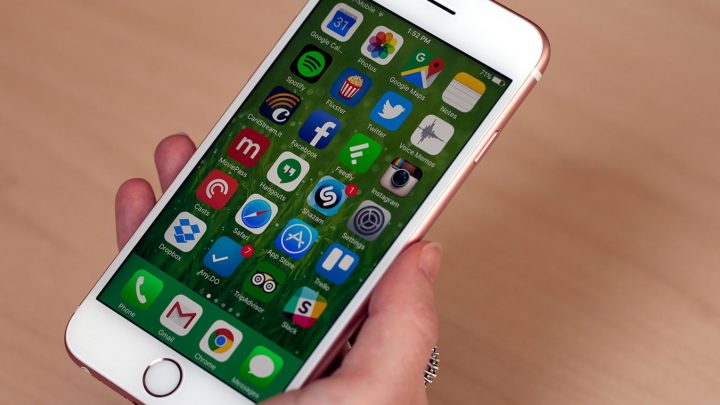 I have an opinion that seems to be in the minority these days. That opinion is as follows:

My rights to freedom and privacy are more important than my safety.

Some examples of what I mean:

Do I want to have my bag searched every time I get on the train? No. But if they don’t search everyone’s bag couldn’t somebody blow up the train while you’re on it? I guess so, but probably not, I’ll take my chances.

Do I want the government (meaning anybody in any number of branches and agencies of the government) to have access to my phone conversations, texts, photos, emails, etc.? No. But if they don’t have access to everyone’s phone conversations, texts, photos, emails, etc., might not someone be planning to shoot or blow someone up? I guess so, but probably not, I’ll take my chances.

Before you accuse me of being a “libtard” (I was called this on Twitter today, thanks Trump supporter for the classy and not at all ableist ‘insult’), because so many people like to talk about what the “founding fathers” meant or intended for this country, let me quote some of your beloved founding fathers:

They who can give up essential liberty to obtain a little temporary safety, deserve neither liberty nor safety. (Benjamin Franklin)

I would rather be exposed to the inconveniences attending too much liberty than to those attending too small a degree of it. (Thomas Jefferson)

Give me liberty, or give me death! (Patrick Henry)

Live free or die; death is not the worst of evils. (General John Stark, also The French Revolution)

More on Live Free or Die from Wikipedia; but I quote: 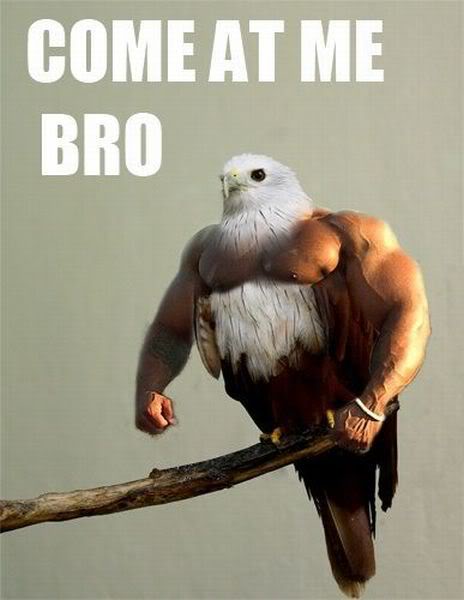 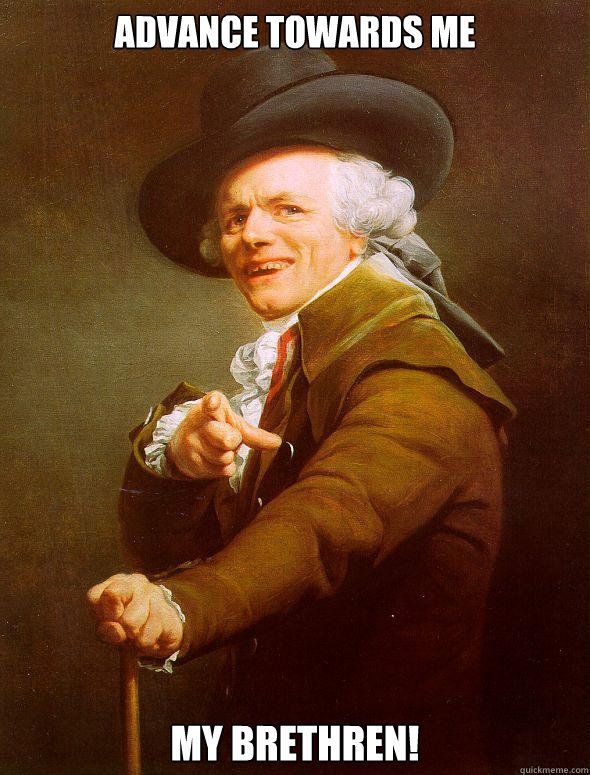 So when did we go from “Come at me, bro!” to “Please protect me from scary people and unknown things, Daddy President!”?

This is a frequent topic of my ire but today I’m bringing it up because of the iPhone of terrorism that the government wants Apple to unlock.

Here are some things you should know, first of all – Apple probably really can’t unlock it, in its current state. The new iPhones are actually secure, not just pretend secure. They lock you out after 10 failed password attempts if you have that option enabled, and Apple can’t do anything about that. Your data is actually encrypted. Could someone eventually crack the password if they had unlimited attempts? Of course. That’s why the 10 attempt limit exists. So first of all, everyone can stop crying about how Apple should “just unlock it because terrorism”. Spend some time looking into how encryption works. It’s not a physical lock that you can just bash with a hammer or shoot with your America gun, you neanderthals. Am I an encryption expert? Hell, no, but I listen to smart people who are.

But Jenn, why do you care about whether Apple can or should unlock the iPhone of a terrorist? Well, here’s why – because if they can/did, then the government can get at my data, your data, the data of anybody with an iPhone, anytime they want to.

But that iPhone has a security flaw. While the data is encrypted, the software controlling the phone is not. This means that someone can create a hacked version of the software and install it on the phone without the consent of the phone’s owner and without knowing the encryption key. This is what the FBI — and now the court — is demanding Apple do: It wants Apple to rewrite the phone’s software to make it possible to guess possible passwords quickly and automatically.

The FBI’s demands are specific to one phone, which might make its request seem reasonable if you don’t consider the technological implications: Authorities have the phone in their lawful possession, and they only need help seeing what’s on it in case it can tell them something about how the San Bernardino shooters operated. But the hacked software the court and the FBI wants Apple to provide would be general. It would work on any phone of the same model. It has to.

And also because of something called the Fifth Amendment, which is, in case you forgot, your right not to incriminate yourself.

No person shall be held to answer for a capital, or otherwise infamous crime, unless on a presentment or indictment of a grand jury, except in cases arising in the land or naval forces, or in the militia, when in actual service in time of war or public danger; nor shall any person be subject for the same offense to be twice put in jeopardy of life or limb; nor shall be compelled in any criminal case to be a witness against himself, nor be deprived of life, liberty, or property, without due process of law; nor shall private property be taken for public use, without just compensation.

Well, what is on my phone, after all, if not a bunch of things I said, and therefore my own words, which I am not compelled to use against myself? Before smart phones was anybody lobbying the paper industry to make indestructible paper so that criminals couldn’t destroy the written evidence of their crimes? No? Oh, well what a failure of American law enforcement. I’m not at all saying you can’t use evidence that you’re able to recover against me or anybody else. Of course not. If I post something online, leave something where it can be discovered, if you have a warrant to search my house and you find incriminating evidence, that is all perfectly fine. But you have no right to force me to incriminate myself by gaining access to my private information which you would not otherwise have.

By the way, there is a major flaw with new iPhones – the fingerprint unlocking feature. So far various courts have opted to decide that while it’s illegal to force me to give law enforcement my password to type in and unlock my phone, it’s OK to compel me to put my finger on the reader and unlock it. Wrong. My finger is still my body, you a$$holes. You don’t get to tell me that I have to unlock my phone with my fingerprint and you don’t get to tell me whether I have to have a baby in my uterus. Every part of my body is my body. This may sound silly and it is – because it’s ludicrous that I even have to have the discussion!

Here is an article discussing this very issue.

And here is exactly what is wrong with the court’s reasoning:

“I think the courts are struggling with this, because a fingerprint in and of itself is not testimony,” said Hayes Hunt, a criminal defense and government investigations lawyer at Cozen O’Connor. “The concern is, once we put a password on something or on ourselves, we have a certain privacy interest.”

The obvious intention of my fingerprint is I’m using it as a lazy password. It’s a way to unlock my phone, which is locked for a reason, geniuses. There is no valid argument around this.

If you’re wondering what shady shit I’m harboring on my phone, nothing illegal that’s for sure, but it doesn’t matter. There are a lot of reasons why law abiding citizens don’t want and shouldn’t have their privacy violated. Here are a couple to consider: How well do you think the civil rights movement would have gone if the government was listening to every phone call activists were making? Or reading every piece of information they shared? And what about the role of media in reporting abuses by the government? Whistle-blowing? For example, Edward Snowden would have gone missing before we knew anything if his phone was being hacked by the government, don’t doubt it for a second.

In addition, the U.S. government routinely searches electronic devices at the border and will at its discretion seize the device and image the contents for later analysis, all without a warrant.

The only thing you need do to be subjected to this, is travel outside of the US for any reason whatsoever. You could be subject to a secondary search for any reason including having your name on a watch list (even if mistakenly), random selection, or based on a custom agent’s “own observations”, which of course can be used as justification for detaining anyone at all, and can and has been used to intimidate activists and others.

If you are referred for a secondary inspection, your right to privacy is essentially moot. Either a CBP officer or an Immigration and Customs Enforcement (ICE) special agent will likely question you and may inspect your possessions. This can mean anything from a quick look through your bags to copying and detaining your electronic devices—it’s up to the agent and his or her supervisor, not due process.

The document outlines the processes necessary for each step. For example, a CBP official needs to get approval from a supervisor before copying all of the data on your device, but an ICE special agent is permitted to do so on his or her own authority. Neither one seems to be required to inform you.

To review, here is why Apple shouldn’t unlock any iPhones for the government, even if it were possible:

Because then the government has the tools to unlock any iPhone it wants, anytime it wants. And I have a right to privacy and so do you. Unless you trust that everybody working for the government is a righteous individual who would never use any data for nefarious purposes? (If you believe that then I have some oceanfront property in Indiana I’d like to talk to you about.) Or maybe you don’t believe in the Fifth Amendment, you un-American monster.

And here is why I shouldn’t have to unlock my iPhone for the government either: