A Pun and a Dad Joke Walked into a Bar 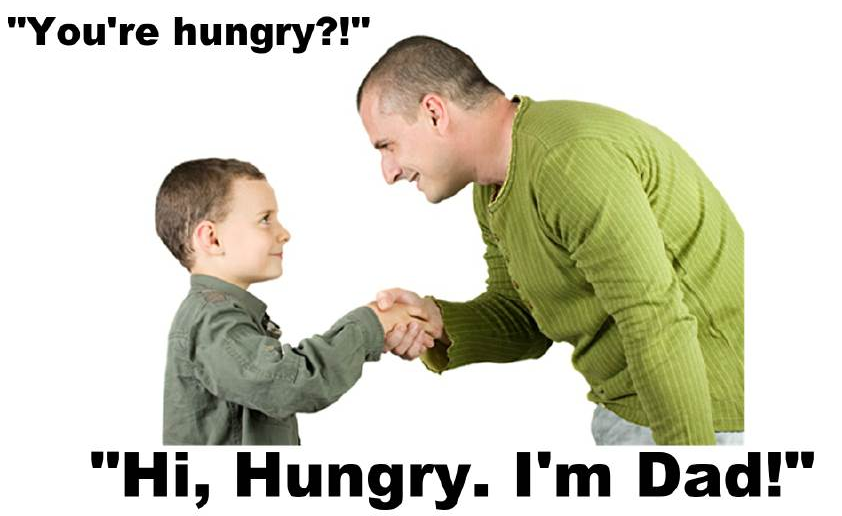 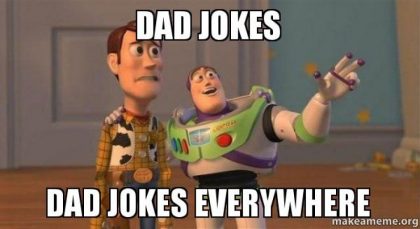 You know you love them, and so do we.

The Pun Is The Highest Form of Humor

We’ll start right here.  If you don’t agree with this, you should probably reexamine your entire life.  People who groan, sigh, or roll their eyes at a good pun or dad joke obviously don’t get it.  Puns are simply awesome.  I mean, not everyone can pun, right?  It takes adept level mastery of the English language, nuanced thinking, and the ability to seamlessly connect the dots between two or more unrelated things.

Being able to pun is a sign of wit and intelligence.  And if you don’t like puns it could be because you don’t have what it takes.

The secret service isn’t allowed to yell “Get down!” anymore when the president is about to be attacked.

Peter McGraw, the director of the Humor Research Lab at the University of Colorado, Boulder, knows what makes puns so awesome;  benign violation.  Benign violation is something that subverts or threatens a norm, but not in a way that feels harmful.  It’s the ability to say one thing, and mean another.  The surprise twist at the end.  The “aha!” moment we all love so much. (source)

What did the hat say to the tie?  You hang around; I’ll go on ahead!

Puns take something ordinary and innocuous and turns it into something more.  Shakespeare was a punster of the highest degree.  And if Shakespeare loved puns, so should you.  Because Shakespeare.  You think Hamlet is a tragedy?  I think it’s a punfest!

Most Dad Jokes are Puns

Yes – this is what makes dad jokes so awesome.  They are puns!  Unlike “dad bods,” dad jokes are actually things of glory, to be appreciated and savored like a good whiskey or cheese.  Hell, there’s even a subreddit dedicated to dad jokes.

People who hate dad jokes have mislabeled them, claiming that all they are is an unoriginal or unfunny joke told by only middle-aged dudes.  Let me set the record straight; these people are haters and losers who don’t know how to tell a good joke.

Here’s one of the best dad jokes I told:

(driving past a cemetery on the left, with a suburban complex on the right)

Sparks – You know, they won’t let the people living in this neighborhood get buried at this cemetery.

Daughter – (a 16-year-old social justice warrior) – What?  Why?  That’s terrible!  People should be able to be buried where they want.

Sparks – (shaking his head) – It’s a real tragedy why they can’t be buried there.

Daughter – Well why won’t they let them?

Daughter – (smacks me in the back of the head)

Now I know some of you saw that coming a mile away.  It is not a new joke, but it was perfectly timed.  It was especially on point  because I had to known my audience; a 16-year-old young woman passionate about equality and freedom of choice.  It was a perfect play on her biases.  And that’s what made it a good dad joke.

What’s the Difference Between a Dad Joke and a Pun?

That’s it.  A pun moves out of the realm of being merely a pun and into a dad joke when it gets told by the same person, over and over again, until the people hearing it want to drive an icepick through your eye.

Every single time I drive past that cemetery now I look at my daughter from the corner of my eye and say “You know they won’t let people living over there get buried here, right?”  And every single time she rolls her eyes at me and looks away.

When you get the eye roll, dad joke status has been achieved.

Also, you have to say that same joke to new people every time the situation arises.  Now, when I’m shuttling one of my daughter’s friends in the car and we drive past that cemetery, I tell the joke.  And don’t let my daughter interfere.  So I get the eye roll from her, and the awkward “ha ha (whisper) your dad is weird.”

Embrace your inner dad jokster.  Being able to pun is a mark if intelligence, and cleverness.  If you have it, revel in your ability to do so.  Encourage others to do the same!

I’ll leave you with a couple of puns and send you on your way: 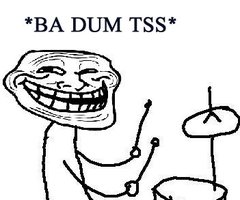