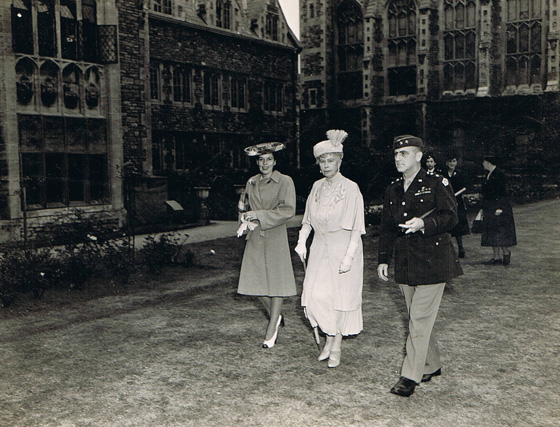 The woman in the center of this picture is Queen Mary (1867-1953).  The picture was taken in 1945.  Who gives a shit?  Well, I guess the same people who care that Prince William is marrying Kate Middleton.  Why are these pictures special in any way?  Well, this is the first time anyone on the Internets has ever seen them cause I just scanned them out of this old album I acquired.  On the back of each one is a stamp from the army declassifying it “for personal use” and specifically “not for publication”.  Well screw you, limeys!  I’m publishing them!

Who was Queen Mary?  Allow me to bullet point you, commoner peasant.

One of a kind, never before seen royalty pics after the jump! 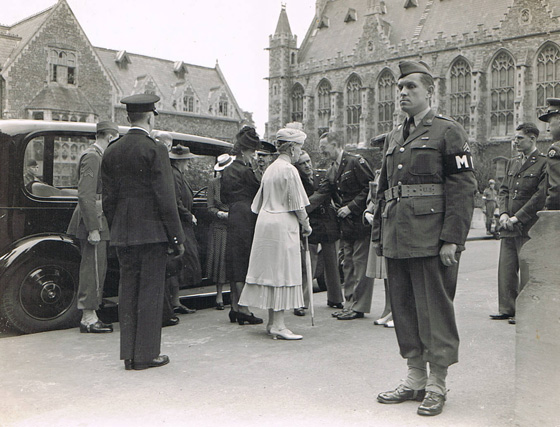 Getting in the car (in a fancy manner) 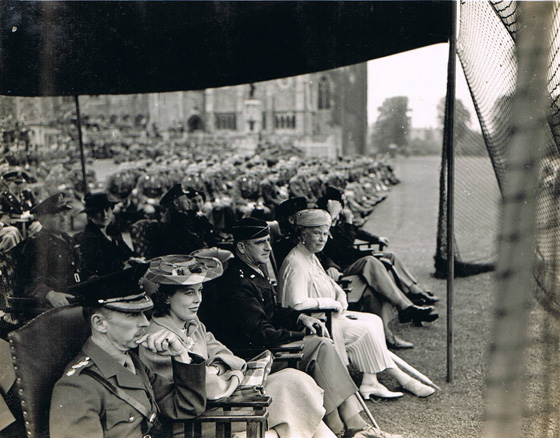 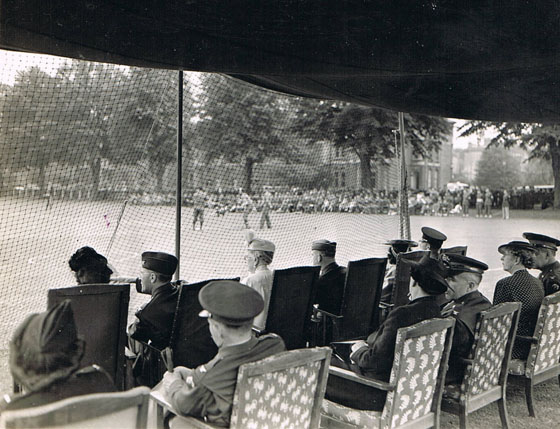 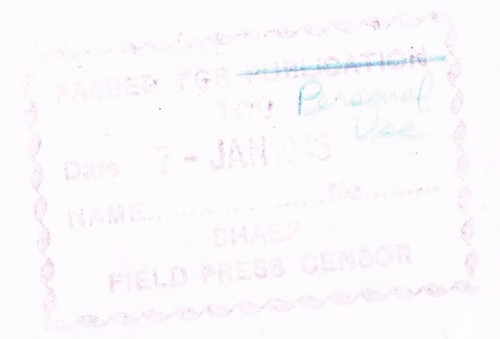 If anyone knows anything about these pics or that day or how to play wickenchestershireball then let me know.  I have to admit that finding some snap shots that the Queen of England might find interesting is sort of cool, and just the kind of ice-breaker I need to get invited to tea.  And for me, “getting invited to tea” is a euphemism for motorboating the Queen.  I bet you she would neither care nor understand what I did and would smile at me sweetly after I finished while James Bond stabbed me in the jugular with an umbrella.