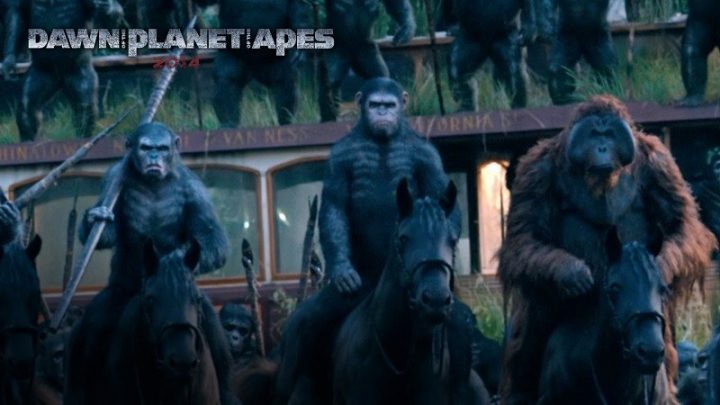 Set 10 years after where Rise of the Planet of the Apes left off, apes and humans have lived separately and for the apes this has been a good thing. They have established a life of peace, tranquility, family and tree houses. Of course the pesky humans, survivors of a deadly virus that nearly wiped out mankind a decade earlier, can have none of this in Dawn of the Planet of the Apes. After a run-in in the forest, the battle is back on. Many of the humans have a soft spot in their hearts for the horseback-riding apes, so there is human on human conflict as well. Starring Jason Clarke, Gary Oldman, and Keri Russell this movie looks pretty bad ass and as referenced before there are horseback riding apes!! Set to release on July 11th, I feel it is worthy of a date night, but leave the kiddies at home. These monkeys ain’t Curious George.