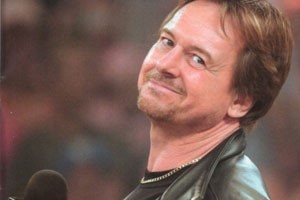 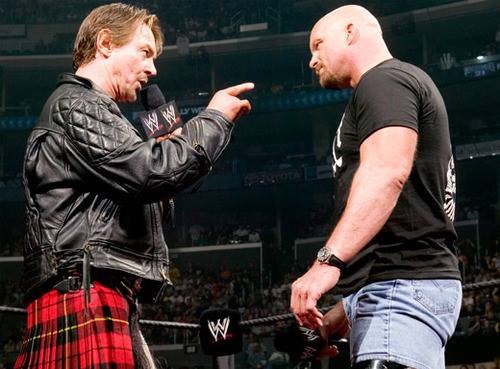 As you all know by now, Rowdy Roddy Piper died yesterday.  Like pretty much all wrestlers, he was too young.  There are a million things I could say.  I was lucky enough to see him hit Jimmy Snuka in the head with the coconut on the USA network when I was a kid as it happened.  I met him at Mad Monster Party in 2013 and he was so kind and funny and I can’t believe I am crying a little.  Actually, I can believe it.  He kicked some serious ass.  I saw one tweet earlier today that summed a lot of it up for me.  He was a heel his entire life and everyone still loved him.  Conversely, Hogan was a face for most of his career and pretty much everyone hates him.  Weird.

The WWE Page has a ton of awesome tweets from people about Roddy.  Check it out.  My fave was this one:

If Heaven is out of bubble gum, we are all in trouble. #RIPRoddyPiperhttp://t.co/Lw1AdkDZ3V

Here’s him hitting Jimmy Snuka with the coconut.  My gah how much better can it get?

Here’s him and Hogan (the first time they had been together in about a million years) from that Mad Monster show:

Uproxx has some good bits from him.  But I am including both Goonies videos because he says:  “Why don’t you take your face back inside and make a suitcase.”  And because I love the Goonies and I SUPER love Cyndi Lauper.

Oh, and if you know who Ronda Rousey is, Hot Rod gave her the name Rowdy.  This interview with him, where he tells the story about how Muhammad Ali let Hot Rod hip toss him made me cry again.  What in the hell is everyone gonna do when Muhammad Ali dies?  Jesus.  RIP, Hot Rod.  I am glad if you had to go it happened before someone asked you questions about Hogan being a racist.  Now here’s the TWO PART Goonies video.