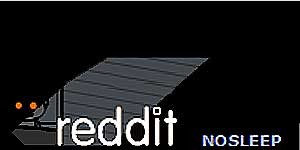 I’ve been on the internet a LONG TIME.

Like, I’m one of those people who was on BBS’s before I actually got real internet. I barely passed my high school typing class but actually learned to type (out of necessity) while working at AOL because I was on Messenger all day. I feel like I have cred and I’m a legit “Internet Person”. But there’s one thing that I was never able to actually get a handle on.

It just made no sense to me! The commenting is weird to follow and loops all back on itself. WTF is “Reddit Gold” anyway? I think I have some but I don’t know what to do with it. I can give it to people but I’m afraid I’ll give it to the wrong people and then I’ll be completely ostracized. I’m not sure I can handle being ostracized on the internet AGAIN. (The last time it happened, I kept going back and ended up being a mod on that site and staying for like, 9 years.) I actively resisted it. I think I might have tried to keep up during the Boston Marathon bombing but I still fumbled my way around and wasn’t sure what I was doing.

Anyway, all that changed one day when I found r/nosleep. OMIGAWD YOU GUYS. This is the best subreddit EVAR.

First off, the schtick behind r/nosleep is that it’s full of mildly-creepy-to-downright-terrifying user-submitted stories. And the rule is that YOU HAVE TO TREAT THEM AS IF THEY ARE THE HONEST TRUTH. So in the comments, the readers actually provide REAL ADVICE on how to deal with whatever the situation is. And some of these stories are amazingly creepy. For instance, let’s say you have a story about a guy who moves into a new apartment and keeps hearing loud banging noises from the apartment below him, but he finds out from the landlord that it’s not occupied. Or you have a story about a woman who notices all the neighborhood kids carrying around newspapers, magazines and books that were recognizable but just a little off, so she follows them one day and discovers a real-life portal to an alternate universe in the woods. And don’t get me started on the connection between pistachios, Japanese Maple trees, cardboard boxes wrapped in red packing tape and the phrase “All in good time”. ::shudders::

The story that got me hooked was “I was a part of Queen’s Guard in England – One of the rare jobs where you aren’t allowed to move, no matter what stands in front of you.” (Yes, it’s a long title.) But the imagery was so good that I was absolutely sucked in. I read everything that user had submitted and then went looking for more good writers. I have creeped myself out so regularly and followed updates on good stories so loyally that my fiance’ just assumes if I’m reading something on my phone that it’s Nosleep.

Oh, and by the way, the nastiest Nosleep story I’ve read BY FAR (that I actually closed out of and then WENT BACK TO) was The Stump. GAH. The top comment reads “This story crawled into my core and scared me from a place deeper than I’d have imagined possible.”

Filed under: cramsey is a chicken, Internets, reddit, scary stories