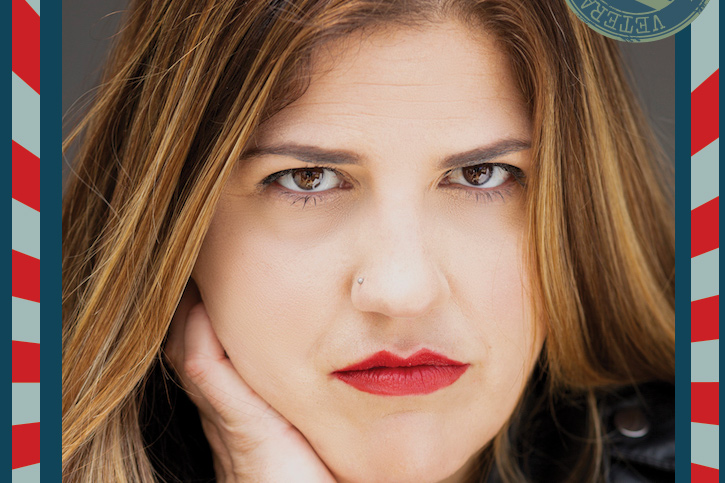 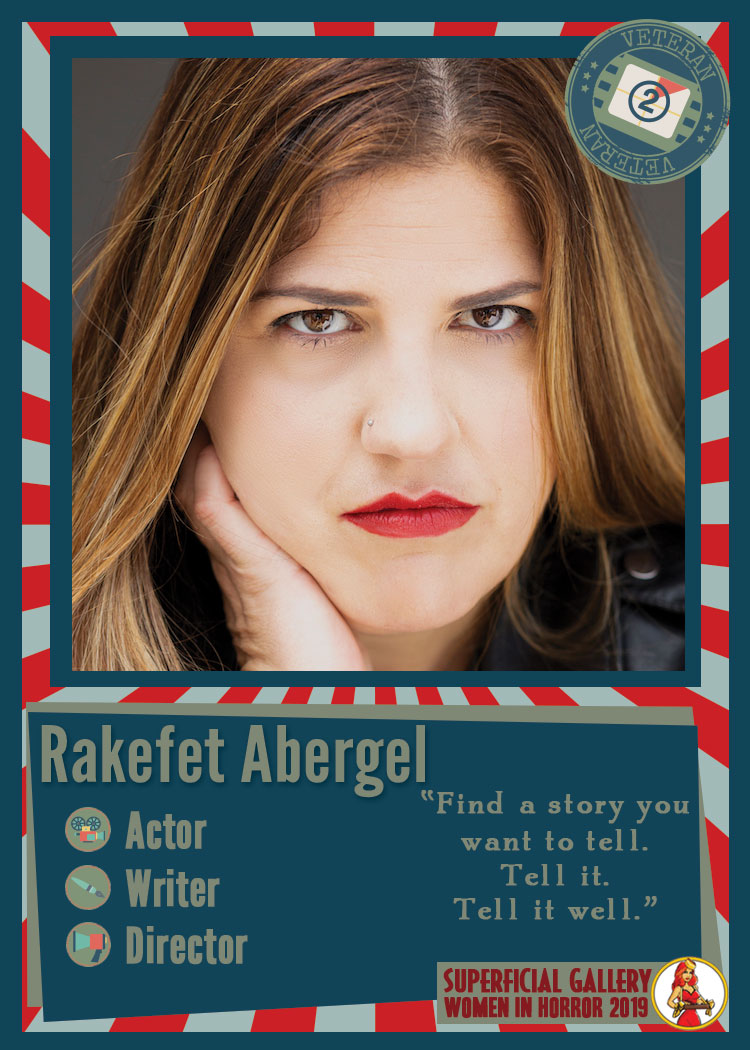 Our Conversation with Rakefet Abergel

Rakefet is an Actor, Writer, and Director, and is a veteran this year!

Jax in Love was my first short film, horror or otherwise, and it played at over 50 festivals and won over 25 awards including 10 Best Actress awards for me, which was super exciting and cool. We have distribution on a new Women in Horror DVD Anthology by Meridian Releasing and on ShortsTV, as well as part of an anthology on the World of Death channel. You can see more here.

My favorite horror film is probably Misery. Kathy Bates just killed it in that role. And it was the first time I saw someone star in a movie that maybe didn’t fit the Hollywood beauty mold. It was inspiring for me! Leading ladies don’t have to all look the same.

My hero(es) in the horror world are the filmmakers that I’ve met while taking this journey. These people work tirelessly every day to make horror, support horror, create horror, promote horror, enjoy horror just because it’s their passion. And I am completely inspired by all the people I’ve worked with and have yet to work with in this genre. There is always something new to learn. Also, fake blood is really messy.

Find a story you want to tell. Tell it. Tell it well. Do whatever it takes. Don’t back down. Don’t give up. And tell anyone who tells you that you can’t do it? That you’ll see them at the movies.

Lady Gaga kind of said it all at the Oscars the other night, but this industry thrives on passion and hard work. You gotta have both. If you’re doing it for the money, good lord find another path! LOL. If you’re really passionate about it but don’t want to do the hard work, you probably won’t get far either. So have passion. Work hard. Work harder than anyone else. The ones who succeed in this business are the ones who never gave up. As they say, fall down seven times, stand up eight.

I’m co-designing a monster for my new film right now and actually, that’s been pretty scary!

I’m beyond scared and excited to be embarking on this filmmaking journey again! My next project is a short horror film called BOO. It’s being co produced by my company, Cyclamen Films (which also did Jax), in association with VKTRY Creative, a company founded by a diverse female team.

Our cast is pretty incredible and includes Josh Kelly (UnREAL), Parisa Fitz-Henley (Midnight, Texas), Laura Wiggins (Shameless), Michael Villar (Skin – 2019 Oscar nominated short film), and ME! I will also be directing. And our executive producer is Shawn Christian of Days of Our Lives fame!

We are currently crowdfunding and still need pledges! If you’re strapped for cash, even just going to our link and clicking FOLLOW and entering your email is free and helps us a lot!
For more info on the project and/or to make a pledge or follow our campaign click here. Here is a link to our teaser and our crowdfunding pitch video.

Both also available at the Seed and Spark page by clicking the Media tab.