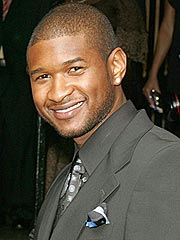 I was going crazy the past couple of weeks and I had no idea why. Then, People Magazine set me at ease with the headline and article:   Usher: “I’m Doing Fine”.

So, folks, you can relax now. Usher’s cool. He’s not doing great, but come on now, you can’t expect to win every battle. But, thank God, People Magazine is out there to let me know a rich celebrity is doing FINE. Apparently he got a divorce, so people were, what? Worried? Really? Worried about Usher for getting a damn divorce?

The most interesting thing about this dude is that wikipedia tells me that Usher is his real name. Seriously, go read his wiki and tell me it does not peak with that first line. Put out some albums, sold the albums, won the Grammy Awards, was in some movies. Point: THIS IS NOT A DUDE WE NEED TO WORRY ABOUT.